It is so rare that we locals see running water in our rivers, that when it happens, we become sightseers in our own city. Actually, these images of the Santa Cruz River flowing are courtesy of a tropical storm off the coast of Baja California that pushed moisture into the American Southwest.

We live in the Foothills of the Tucson Mountains. The heavens were kind to us this year. We received at least 6 inches of rain this monsoon season. Our cacti are very happy now. 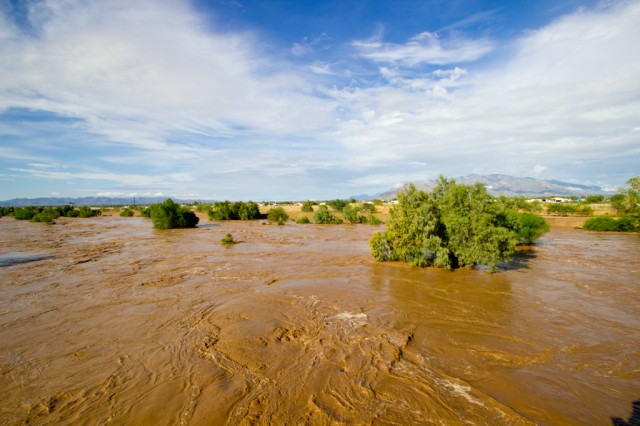 This was taken from the Camino del Cerro Bridge about 4:30 PM September 8, 2014. At this point the river is about 8 feet deep and moving fast.

This was taken from under the Cushing Street Bridge near the base of “A” Mountain on the morning of September 8, 2014. The water level got much higher later in the day following nearly continuous downpours. Most Tucson streets turned into rivers too. 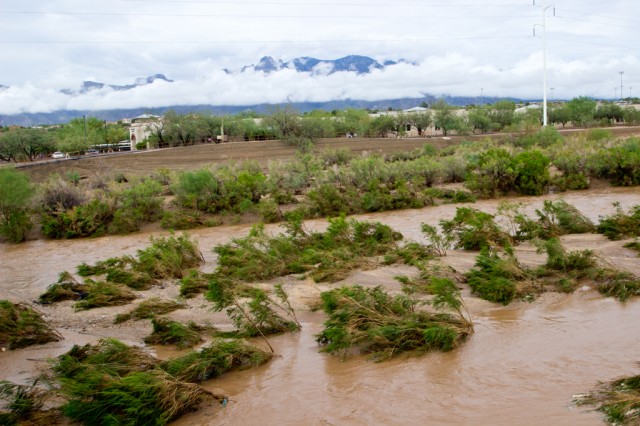