The Apaches lost their wars against the Mexicans and Americans for six basic reasons.
First, the Apaches were hopelessly outnumbered. When an Apache chief, such as Cochise, lost a warrior in battle, there was no replacement until one of the younger boys grew up and became a warrior. All an American or Mexican military officer usually had to do when he lost men was call for readily available replacements. It was a war of attrition. 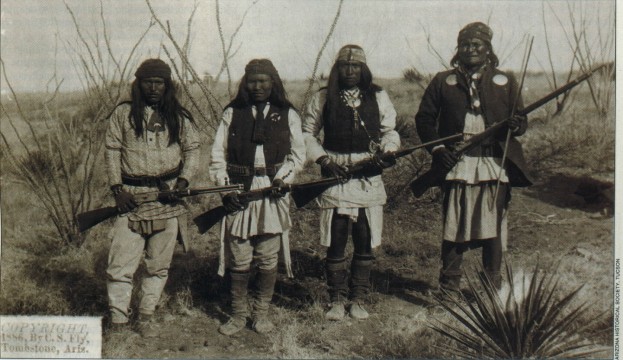 Second, the Apaches had no friends. For centuries, they had raided the more sedentary, less aggressive tribes, such as the Navajo in Northern Arizona, the Tarahumara to the south in Mexico, and the Papago (Tohono O’odham) to the west along the Santa Cruz River near Tubac and Tumacacori. These neighbors wanted the Apaches eliminated as much as the Americans and Mexicans. Read More

Third, the Apaches could seldom put together a large, effective fighting force. The many autonomous Apache bands seldom came together to match or exceed the size of their opponent’s army. Each band had its own leaders who often went their own way rather than join forces with other Apaches groups. Thus, these small bands of Apaches, seldom more than a hundred souls with only 30-40 able warriors, had to rely on stealth and ambush; attack then disappear into the mountains. 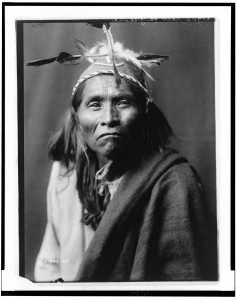 Fourth, many Apache warriors served as scouts for the U.S. Army.They were excellent trackers and enthusiastically pursued their cousins, the ‘hostiles’. Without Apache scouts, the U.S. Army probably would have taken another decade to persuade Geronimo and his tiny band to surrender.

Without the Apache scouts, Geronimo and his followers would have killed thousands more Mexicans and Anglos.

Fifth, theirs was a warrior culture. Bravery and success in hunting and in battle were the characteristics that defined Apache manhood. Being forced to farm on a reservation was, to many Apache warriors, a humiliation worse than death. In large part, the Apache Wars continued because they were unwilling to adapt to the ways of the larger, more technologically advanced civilization.

Sixth, Apache warriors had their families with them: old men and women, pregnant wives, young children, and infants. The U.S. and Mexican armies had no such baggage. The Indians had to carry with them, or foraged for, the necessities of life. The much larger American and Mexican armies needed tons of supplies, and had long mule or oxen-drawn wagon trains to haul them. But the supply trains seldom burdened the soldiers on the field of battle. And, unlike the Apaches, they certainly did not have to worry about protecting their families while in a fight for survival. 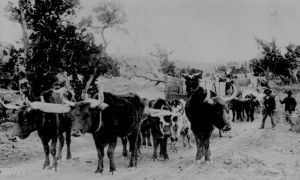 When the American or Mexican military needed to be re-supplied with food, guns, ammunition, and other equipment, the commanding officer merely had to notify his superiors and the supplies would appear in a week or two. For the Apaches, raiding was the only means of re-supply, and by 1877, that was becoming extremely dangerous.

True, the Apaches had the home turf advantage. But in the end, it was not enough. If the Apaches had continued to fight, they would have been completely annihilated, either by the Americans or the Mexicans.