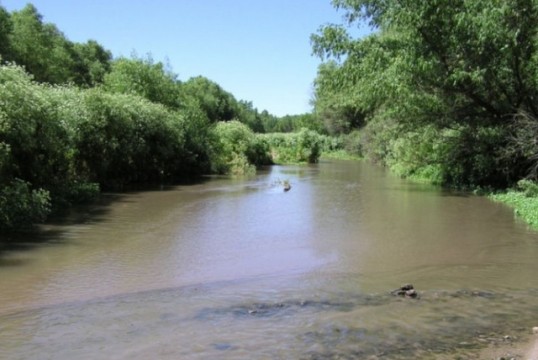 The Santa Cruz River is about 184 miles long. It begins in the high grasslands of the San Rafael Valley east of Patagonia, AZ. At first, it runs south into Sonora Mexico for several miles before it changes its mind and heads north back into Arizona where it passes the early Spanish missions of Tumacácori and San Xavier del Bac, and the old Spanish Presidio del Tucson about 70 miles north of the International Border. 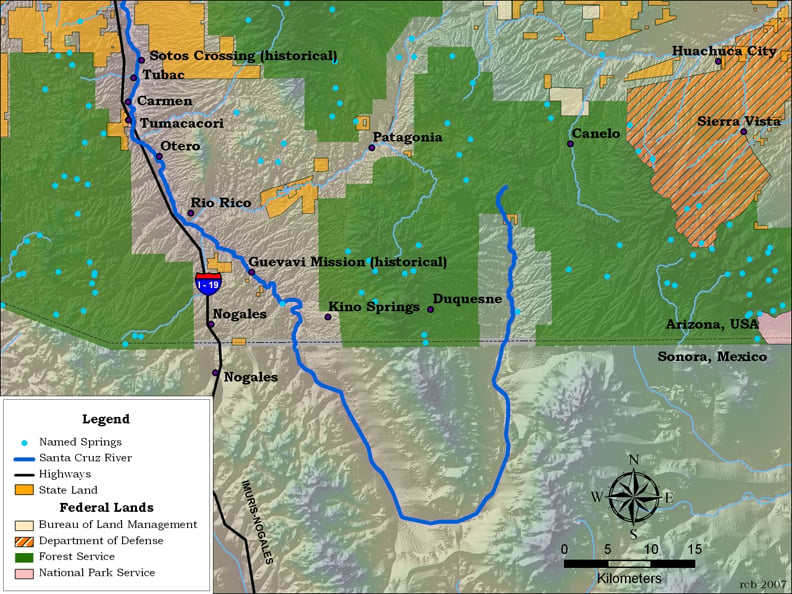 From Tucson, Rio Santa Cruz continues north another 70 miles where it joins the Gila River near Casa Grande. The Gila flows west toward Yuma where it eventually joins the Colorado River which empties into the Sea of Cortez (aka Gulf of California). 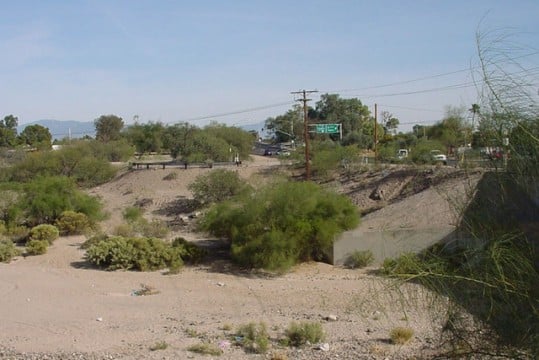 For those unfamiliar with Southern Arizona, this description might conjure an image of a mighty flowing river. However, mostly the Santa Cruz river is a dry riverbed. To the extent there is water flowing in the dry months, it is mostly treated sewage. Ranches, industrial plants, and human settlements have long-since sucked it dry.

However, in our Monsoon Season (approx. 4th of July to Labor Day), when our big afternoon thunderheads discharge as much as 2 inches of rain in 20 minutes, the Santa Cruz River comes to life, often as a mighty torrent. Sadly, this bravado is short-lived. In a day or two, what water flows is underground and out of sight.

Today, even the once-mighty Colorado, augmented by five Arizona rivers, no longer has enough water to make it to the sea.

Update: June 24, 2019, Pima County is releasing treated water into the Santa Cruz River below downtown at 22nd St. This is over 1 million gallons a day, previously piped up to Ina and released. This may make for a new riparian area.

For a Brief History of the Santa Cruz River Valley please see our post here.

Click here for a video from Mike Foster on the cultural influence of the Santa Cruz River as it winds its way in and out of Mexico.

If you want to help protect what’s left of our Southern Arizona waterways, you might want to join the Friends of the Santa Cruz River.