Editor’s Note: We definitely need to update this report. We don’t know about Redington Pass, we won’t ever take it again, but there have definitely been improvements to the Kannally Ranch House thanks to the Friends of Oracle State Park. This article was written many moons ago. If you go, let us know. 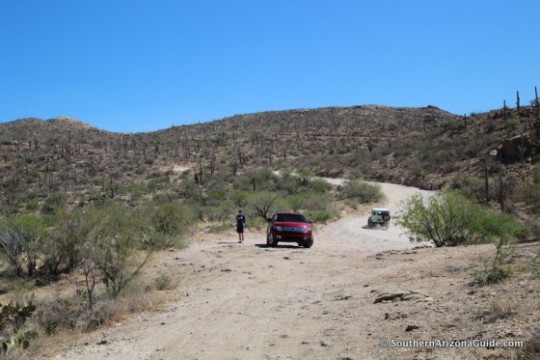 Another Sunday drive. This time Neighbor Roy, Ms. Karen, and I were off to Oracle State Park via Redington Pass east of Tucson. Access to Redington Pass is easy. Just go east on Tanque Verde. Eventually, the pavement ends and the worst road in Southern Arizona begins. Even the high-clearance 4-wheel drive vehicles could barely manage 10 mph. The road through Redington Pass was so bad that I may stop complaining about the deplorable condition of Tucson’s streets. It made Silverbell Road feel like the autobahn. 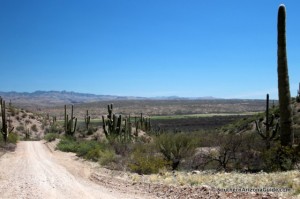 Redington Pass Road is so bad that it took us two and a half hours to travel the 42 miles of unpaved road. When we finally reached the pavement that is Hwy. 76 (San Pedro River Road) we all cheered. After a few more miles we reached the little community of San Manuel. We were looking for a cut-off west to Oracle so we didn’t have to go all the way to Hwy. 77 north of Oracle. Our first attempt landed us in the maze of city streets. All I’ll say here is San Manuel is bigger than it looks from atop Mt. Lemmon.

We finally got out of the maze and found Webb Road just north of San Manuel. According to Ms. Karen’s map, Webb would take us directly to Oracle State Park. A word of warning. You know how highway signs say things like “25 MPH”, but you can easily take the coming curve in the road at 40? On Webb Road there are a couple of “25 MPH” signs that are no exaggeration. Unless you are driving a Lotus, taking these turns at 40 will land you across the road and into a steep ravine.

After three hours drive time we finally arrived at Oracle State Park. Ms. Karen & I had been there about 6 weeks earlier and taken the guided tour of the Kannally Ranch House. The tour was interesting but I didn’t take any photographs of the grounds because it was cold and nothing was in bloom. We figured by now (early April) the gardens would be a blaze of color like our gardens in Tucson.

Also, by the time we arrived at the Park, we were all hungry and ready for our picnic. Surely Oracle State Park would have wonderful picnic areas. Or so we imagined. 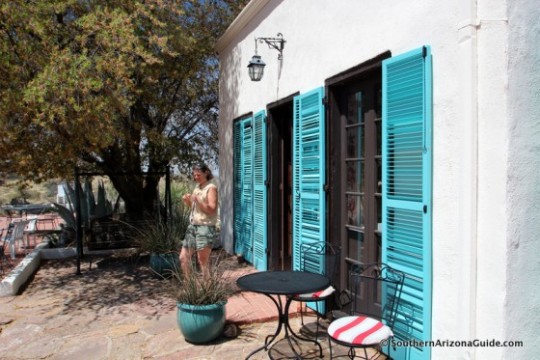 The visitor center at Oracle State Park is in the former residence of the Kannally family. Their story is interesting but I suggest you go on the guided tour and learn for yourself. It’s about an hour north of Tucson on Hwy. 77. 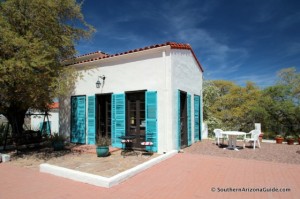 We anticipated that the gardens around the Kannally Ranch House would be full of blooming plants. Let’s just say the gardens, which could have been magnificent, were a disappointment. 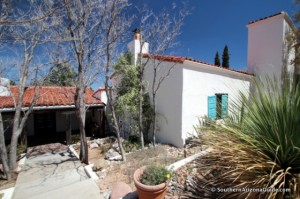 The Ranch House is in a state of disrepair and the gardens had almost no spring flowers. Many of the plants look like they need water, but the big Lady Banks Rose Bush against the side of the building seemed to be doing fine. The blue shutters in this photograph were in need of a new coat of paint and are about to fall off the window. 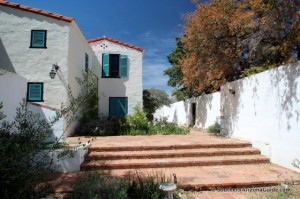 Mostly, the gardens were unattended and most of the vegetation was native plants like agave and trees such as oak. The folks at the visitor center claim poverty … the State is nearly broke and there’s not money to hire professional gardeners. In fact, Oracle State Park has been closed more often than open over the past several years.

After wandering about the grounds taking pictures for half an hour, it was time to find a good picnic spot. Oracle State Park has three picnic areas for individual families and one large picnic area for groups. Except in the group area, almost none of the picnic tables had a ramada. Nor were they on level ground. It was as if someone had just thrown the tables randomly on the hillsides. 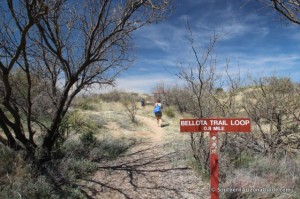 We finally found some benches and a ramada that were on level ground for our picnic, but no table. We made do.

Would we recommend Redington Pass for a Sunday drive. No. The portion nearest Tucson is used a lot by hikers. And further up in the Pass are areas designated for dirt bikes and ATV’s. But generally, it’s a miserable road.

Would we recommend Oracle State Park for a picnic. No, unless you like having to use a seat belt to keep from falling off your picnic table. Although the group picnic area is nice. Lots of level tables, very large grilles, and decent restrooms. From what we could discern, the hiking trails in the Park are not as interesting as those at Catalina State Park about 20 minutes south of there.

For our features on recommended Day Trips & Road Trips, click on this link to Best Back Roads

If you do go to Oracle State Park, but don’t bring a picnic, you may be tempted to dine at the Oracle Inn nearby. We ate there in early February, but could only give it a rating of 3-Saguaros … OK, but nothing to write home about.
Redington Pass has it’s proponents and detractors, and vandals. It is a popular ATV recreational area. Visit the Friends of Redington Pass.