A few people still live in Pearce, AZ. They enjoy the solitude and long north-south expanse of the Sulfur Springs Valley. Not far to their east are the magnificent Chiricahua Mountains where the National Monument hosts what the Apaches called "Standing Up Rocks". Close by to their west are the Dragoon Mountains and the Apache fortress called Cochise Stronghold. 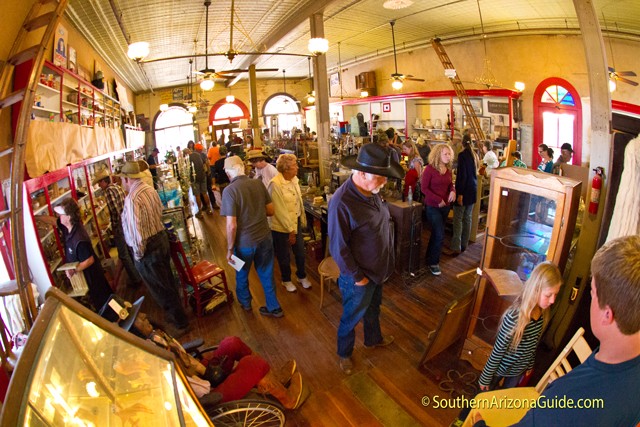 Ms. Karen & I drove from Tucson to Pearce one Sunday in early November 2015 to participate in their Cell-Abration, a festival to commemorate the 100th birthday of the Pearce jail. The two-cell jail was opened for the festivities for the first time in decades. 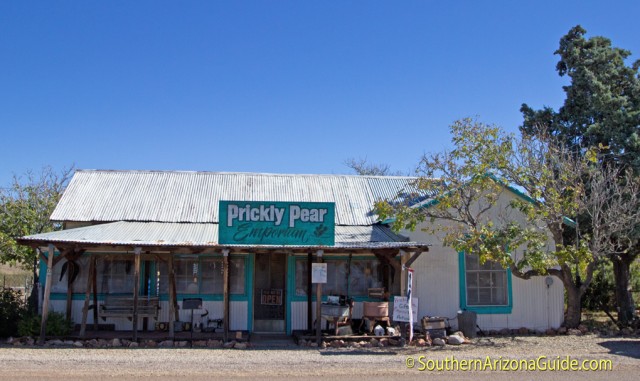 The Prickly Pear Emporium resides in the "Gold Rush House". This house was originally built in Tombstone. But when gold & silver were discovered in Pearce, it was dismantled and re-build here.

Two other old buildings in various stages of restoration were also opened to the public. One was Our Lady of Victory Catholic Church established 1893. The other was the Commonwealth Silver & Gold Corporation's "Mine Manager's House". Inside were several displays of historic photographs that tell the story of Pearce and the 1,500 or so people who once lived and worked here. 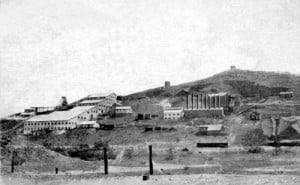 Commonwealth Mine, 1910. The remains of which you can still see today.

The town was named for James Pearce, miner and cattleman, who discovered gold nearby at what became the Commonwealth Mine in 1894. The Pearce Post Office was established on March 6, 1896. The railroad station opened in 1903. By 1919, Pearce had a population of 1,500. The town declined in the 1930s, and became almost a ghost town in the late 1940s, when the mine closed for the last time.

The Commonwealth Mine became one of Arizona's major silver producers. Over 1,000,000 tons of ore were processed from 1895 to 1942. There are about 20 miles of underground workings. The mine produced about $8 million worth of silver and $2.5 million in gold at a time when silver was priced around 50 cents an ounce, and gold was $20 an ounce.

Commonwealth Silver & Gold is planning to re-open the mine, this time as an open pit to extract the wealth that still lies beneath the original tunnels.

In addition to Pearce, explore the ruins at Courtland, Gleeson, and Fairbank on the Ghost Town Trail and learned about life back in their heyday. Stop for lunch & libation at Big Nose Kate's Saloon in Tombstone. Always a hoot! Watch our Ghost Town Slideshow here. 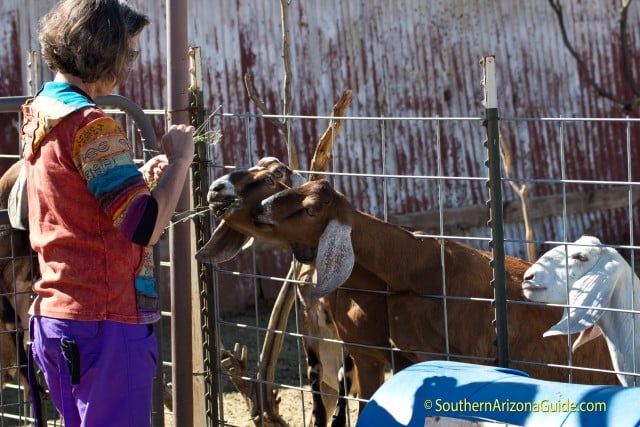 Ms. Karen feeds goats at Marcia's Garden, known for excellent goat milk soaps, lotions, and body products. Certainly one of the more interesting shops we've come across in our travels. 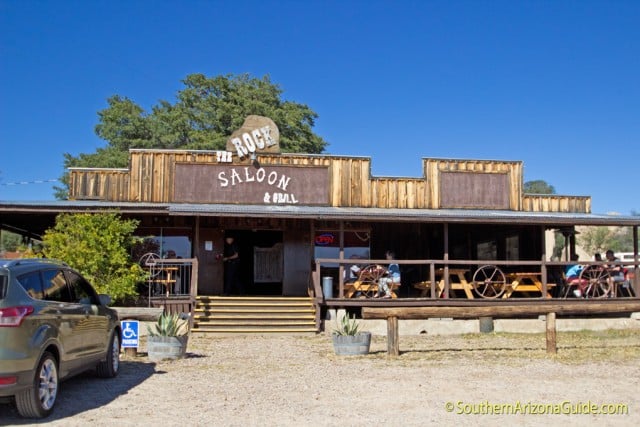 Stop for wine tasting at Golden Rule Vineyards or on a Saturday,  lunch & libations at The Rock Saloon on Historic Triangle T Guest Ranch in scenic Texas Canyon. This is where the original movie, "3:10 to Yuma" was filmed. Visit the Internationally recognized, Amerind Foundation and Museum a stone's throw or short hike away.
If you feel adventurous, you can take a short side trip in Dragoon to the Butterfield Stage Station at Dragoon Springs.

More ideas for Day Trips can be found at: http://southernarizonaguide.com/tucson-day-trips/ . If you would like to schedule a Guided Tour of the Ghost Towns of Cochise County, please contact Jim at [email protected]