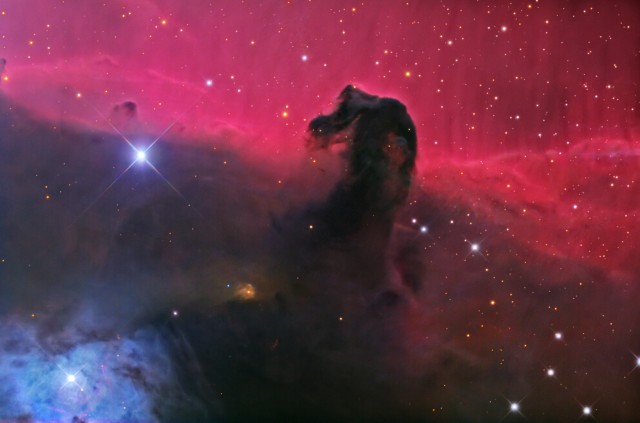 I thought our grandchildren might enjoy a nighttime astronomy program so when Groupon offered half-price tickets to the Sky Center atop Mt Lemmon, I snapped up five and made reservations for late August when our 14.5 and 16 year-old grandsons, Morgan & Jon, where scheduled to visit here for a few weeks.

When our August dates arrived, we started to head up to Mt. Lemmon when it became obvious that the monsoon clouds would obscure the view through the telescope. I called and rescheduled for the Holiday Season when the grandkids would return to Tucson for two weeks.

Christmas eventually arrived and Morgan, now 15, is taller than his older brother, Jon, and his 19-year-old cousin, Colby-Boy. 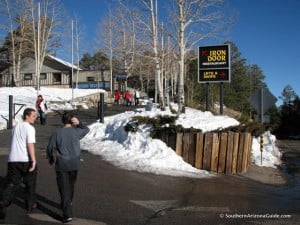 During the week after Christmas (2011), the days were warm and sunny in Tucson and the night sky was cloudless and perfect for viewing planets, stars, and galaxies. So we trekked up Catalina Highway anticipating a bowl of chili or a piece of pie at the Iron Door Restaurant across from Ski Valley before we were to catch the U of A shuttle for the last 2 miles up to Sky Center.

It had snowed a lot the previous week and the skiers and snowboarders were out in force. The parking lots were a zoo. The Iron Door had one cook, one waitress, and one long line of hungry folks out the door and down the steps. The wait would have been at least an hour and we didn’t have that much time before we were due to board the shuttle. 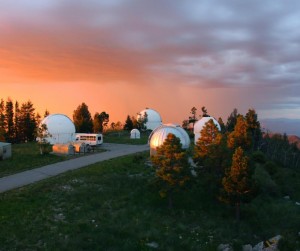 Ever resourceful, we grabbed a few candy bars from the Ski Valley gift shop and made do until we could be served our “dinner” at the Sky Center, some three hours hence.

The shuttle arrived at 3 PM, right on time. We met Alan who would be our driver, guide, and astronomical interpreter. Once on top of the mountain (9,100 feet elevation) the view was spectacular and Alan oriented us to the domes that house the many telescopes.

The 32” Schulman telescope is dedicated to public use. It would be ours for the night. He showed us how it works and how to view through the eyepiece. It was still broad daylight but we could clearly see a very bright star called Denab in the constellation Sygnus (The Swan). Amazing!

Alan drove our group of 22 would-be astronomers about 4 blocks in the shuttle down to the Learning Center where he gave us a fine orientation to the solar system, stars and galaxies.

Soon we were outside again with binoculars watching the sun set like we have never seen it before. Years ago, I recall some mariners talking about the “Green Flash” they had seen on the ocean horizon at sunset. I assumed it was sailor mythology until Paul, my father-in-law, a retired Naval Aviator and world traveler, told me that he too had once seen the “Green Flash” as the sun set below a watery horizon.

Can you believe? Standing there watching the setting sun through professional binoculars (yes, we took eye-safety precautions), we all actually saw it … a split second flash of green that appeared to be just above our home in the Tucson Mountains. Apparently, it’s an atmospheric phenomenon that occurs under very special conditions. Our lucky night!

Inside Sky Center facility with their 32″ telescope through which visitors can observe the heavens. Photo by Adam Block.

Now it was getting dark and time for night observations through the 32” Schulman. Over the next two hours we observed a dozen heavenly objects: planets, stars, nebula, and galaxies. Some of the light we observed had been traveling toward Earth for millions of years just so our retinas could capture it and our brains enjoy it in real time. Hard to imagine light having a purpose, but there it was in all its glory.

We also observed the Sun as few humans had ever experienced it… awesome, powerful, and a bit threatening. And the Moon! Looking through this powerful telescope, the moon appeared as it must have to our astronauts as they passed a few miles above the pockmarked surface. 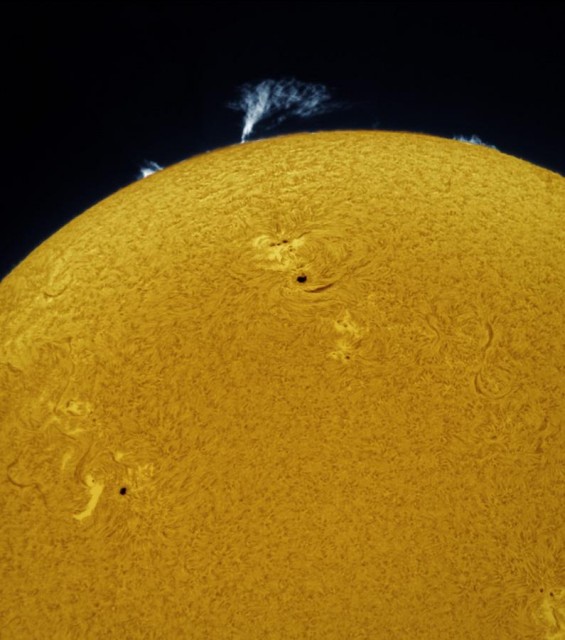 Our sun as seen through Sky Center telescope. Photo by Adam Block.

On the drive down the mountain after the program the boyz and I recapped our experience. Here’s the short version!

1. From central Tucson the drive to Mt Lemmon is a good 90 minutes. Mt Lemmon is a unique Sky Island, there are only 27 in the Southwest. From the base of the mountain to the summit you will pass through six distinct ecosystems in just 30 miles! It is like driving from Mexico City to Canada. The geology is also very interesting and unique to the area. Mt Lemmon is the highest peak in the Coronado National Forest, in the Santa Catalina Mountains. At the summit is the SkyCenter.

2. Night observing programs occur most nights and is weather dependent (telescopes cannot see through clouds unfortunately). The program is five hours long and does include a nice meal (it is not a box lunch). The start time changes with the seasons, as the program corresponds with the time of certain astronomical sources and events. You get to see some amazing sunsets and atmospheric phenomenon that most people don’t get to experience.

3. The program is structured for people 7 years and up. It is easy to understand and fun. Program Leaders answer a lot of questions geared to curious participants with only a modicum of astronomical knowledge. The Program Leaders are amazingly knowledgeable about our universe and clearly love their work. They keep you busy the entire time with hands-on-activities and knowledge that you can use in your own backyard. Being high on a mountain with a 32-inch telescope gives the you the opportunity to view objects like never before. You will travel millions of light-years back in time to behold some of the marvels of the Universe.

4. The telescope you use during the program is also used by world-renowned astro-photographer Adam Block to create images that show how spectacular the Universe really is. The best astro-photography is done with long exposures and multiple images, something our eyes cannot do. Adam’s images regularly appear on NASA’s Astronomy Picture of the Day http://apod.nasa.gov/apod/astropix.html And he has a monthly article in Astronomy Magazine.

5. Keep in mind that being high on a mountain top (9200 ft) in winter, when it is the best observing weather, requires dressing for a visit to Antarctica! Really!

Footnote. Alan, our Sky Center guide/interpreter gave us something of great value that Kitt Peak did not. A week after our intergalactic adventure, Alan sent us magnificent images of the heavenly bodies we observed that night. Thanks Alan!
Explore the planets and stars at the Sky Center atop Mt. Lemmon. View our Mt. Lemmon video then visit their website.
Visit the Website