The Black Legend: George Bascom, Cochise, and the Start of the Apache Wars

The Black Legend is a historical story of Lt. George Bascom at Apache Pass in February 1861 as he confronted the Chiricahua Apache chief Cochise over his perceived abduction of a white boy, Felix Ward, age about 12 and a herd of cattle. 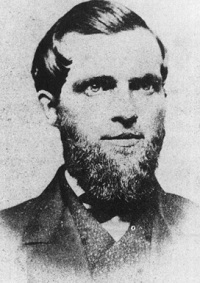 Some years ago, I wrote, “Lieutenant George Bascom falsely accuses Cochise and starts a quarter of a century of needless and horrific bloodshed between the White Eyes and the Chiricahua Apaches who try desperately to expel the invaders and hold on to their ancestral homeland.”

You can read my original Bascom story, by clicking here.

I continued, “On January 27th, Tonto Apaches raid the ranch of John Ward at Sonoita Creek, steal livestock and kidnap Ward’s 12-year-old stepson. Ward reports the raid to the nearby military authority who direct Lieutenant Bascom and his infantry to attempt to recover the boy and cattle. Bascom is unable to locate the boy or the raiders.

For whatever reason, probably Ward’s testimony, Bascom concludes that the Chiricahua Apaches are responsible for the raid. Bascom is ordered to use whatever means necessary to punish the kidnappers and recapture the boy.

Bascom, Ward, and 54 soldiers head east to Apache Pass and arrive on February 3rd. Bascom convinces Cochise to meet with him under a flag of truce. Cochise brings with him his brother, two nephews, his wife, and his two children.

At the meeting, Cochise tells Bascom he knows nothing of the raid or the kidnapping, but asks for a few days to find out what he can. Bascom, in effect, calls Cochise a liar and attempts to imprison him and his family in a tent where they are to be held hostage. Cochise escapes by cutting his way through the tent canvas, unavoidably leaving his relatives behind.

On February 5, Cochise delivers a message to Bascom pleading for the release of his family, but Bascom refuses and sends a message back to Cochise that they “would be set free just so soon as the boy was released” and the cattle returned.

Over the next several days, Cochise’s warriors steal a herd of army mules, seize a civilian wagon train, and take several Anglo and Mexican hostages of their own. 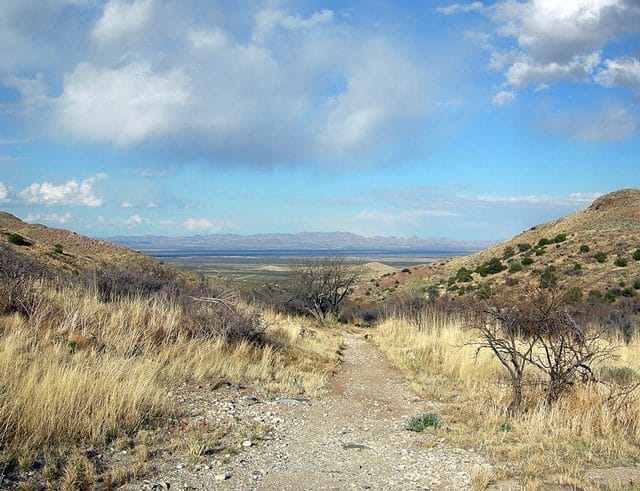 Cochise’s warriors hold the Anglos for exchange, but the Mexicans don’t fare well. Apaches had long hated Mexicans because of their countless cruel acts upon, and wholesale slaughter of the Apache people. The Apaches tie the captured Mexicans to a wagon and set it on fire.

In the days following, Cochise pleads with Bascom to treat his family members well and trade for the Anglos he now holds. Stupidly, Bascom refuses. Bascom holds out for the boy but Cochise has no idea of his whereabouts. Cochise eventually gives up and has his hostages killed and mutilated. Apaches were well-known to do such things in either order.

In response, on February 19th, Bascom orders Cochise’s male family members hung, but allows the woman and children to leave.

Thus it is that the Apache Wars begin. Countless Apaches, Mexicans, and Anglo Americans will live in misery and die violently because of incredibly stupid decisions made by a young, inexperienced officer and the idiot who put him in charge. (Note: U.S. Army officers were given little or no training in the languages and customs of American Indians. Few had any empathy for native people whose way of life and very survival were threatened by the American’s massive migration to, and occupation of, the West).

According to Hocking, blaming Bascom for the start of the Apache Wars, is fake news. Hocking writes that Bascom was a courageous lieutenant who died a hero’s death at the battle of Valverde, NM the year after the incident at Apache Pass. Painting Bascom as the villain of Apache Pass was the result of Sgt. Reuben Bernard’s telling of the story some 30 years after the fact, and that Bernard was not even there during the incident with Cochise.

Bernard’s story makes Cochise out as the always peaceful friend of the United States who protected the Overland Mail, and thus the lieutenant as doubly the fool and miscreant. Then Hocking inserts an alternate view. “Lieutenant Bascom well knew Cochise had raided along Sonoita Creek and had raided the Overland Mail. He was following a fresh trail that pointed toward Apache Pass and Cochise. He may have been wrong, but he was working on valid evidence and reasonable suspicion. The Bernard version adds to the myth, making Bascom even more of villain. Many people hearing or reading the myth sympathize with the noble savage or feel justified in accepting the sergeants as wise and the lieutenant as a young cadet out to prove himself. We find a simple, easily understood explanation for the start of the Cochise War that does not point the finger at ourselves, where it belongs, but rather at one bad lieutenant. The American public is relieved of responsibility and we don’t have to delve into the complexities of the real situation.”

About hanging the Indian hostages, Hocking writes, “… Lieutenant Isaiah Moore had assumed command (over Bascom).” “Surgeon Irwin stated that, because he was appalled at the condition of the tortured captives of Cochise and the Mexican teamsters of the Montoya wagon train, he proposed hanging the hostages. He says Bascom objected.” “Lieutenant Moore was in command. It was his right and duty to object to the hanging if he thought it was wrong.”

Hocking continues, “ The record shows that Lieutenant George Bascom was a gentleman, not a drunk, who acted prudently and earned the respect of his sergeants and men. He willing accepted advice, acknowledging it with thanks. His brother officers liked, respected and defended him.” “One of his men, Captain Daniel Robinson, who had served as a sergeant under Bascom during this period, wrote …(Bernard had done) “great injustice to a brave and gallant officer (Bascom), who was killed the following year at the Battle of Valverde.”

Moreover, Bernard had fought at Valverde and knew Bascom had been killed there. Therefore, he knew Bascom could not defend himself from Bernard’s lies.

Hocking’s re-telling of the Bascom story is complex, with myriad twists and turns, and includes considerable detail about the U.S. Army in the Southwest in the mid-1800’s. It includes details about their equipment, tactics, and training. And about the Apaches of that era. It makes for an interesting read and I, for one, was convinced of Hocking’s argument after several re-readings of it.

The author, Doug Hocking, grew up in the Jicarilla Apache Reservation in New Mexico. As a young man, he joined the Army Intelligence and later earned a business degree, then attended graduate school in social anthropology. Since retiring he earned a master’s degree in American history and a field work certification in historical archeology. He resides in Cochise County, Arizona. You can purchase The Black Legend: George Bascom, Cochise, and the Start of the Apache Wars

here. Read the book and tell us what you think.