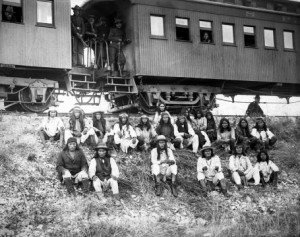 Geronimo and his Chiricahua warriors were shipped by train to Florida as prisoners-of-war.

Prisoners of War
Geronimo, along with Chiefs Nana and Naiche, surrenders at Skeleton Canyon, AZ for the fourth and last time. They, their followers, and the Apache scouts who hunted them for the U.S. military, all become prisoner of war and are shipped in unsanitary, stifling railroad cars to Florida under heavy guard. Geronimo is imprisoned at Fort Pickens. Some of the Chiricahuas, including Chief Nana, are imprisoned at Fort Marion, Florida.

Crook, who had tried to improve the reservations for the sake of all, is furious that the Apache scouts, who had faithfully served his Army, were also exiled to Florida. He sends numerous telegrams of protests to military and civilian authorities in Washington. His protests are ignored by President Cleveland and General of the Army, Phil Sheridan.
The evidence suggests that "Geronimo's last breakout from the San Carlos Apache Reservation left fourteen Americans dead in the United States and between 500 and 600 Mexicans dead south of the border."
In his autobiography, Geronimo says, “I have killed many Mexicans; I do not know how many, for frequently I did not count them. Some of them were not worth counting. It has been a long time since then, but still I have no love for the Mexicans. With me they were always treacherous and malicious.” Would any of us feel differently toward those who had killed our mother, spouse, and children and tried to annihilate our people? Read More 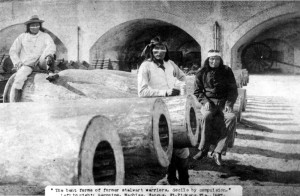 1887
Taken into U. S. military custody after Geronimo’s final surrender, Lozen is shipped as a prisoner of war to Mount Vernon Barracks in Alabama. As is the fate of so many other imprisoned Apache warriors and their families, she dies the next year of tuberculosis.
1890’s
Northerners vacationing in St. Augustine, where Fort Marion is located, include teachers and missionaries, who become interested in the Apache prisoners. Volunteers teach the Apaches to speak and write English and try to convert them to Christianity. Many citizens raise money to send about 20 of the younger male prisoners to a historically black college in Virginia. Many Apaches die of disease while in the prisons. 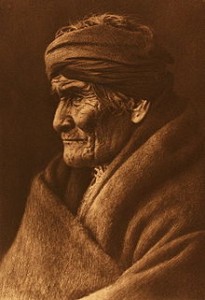 Later, Apache children are (for all practical purposes) kidnapped and taken to the Carlisle Industrial School, a boarding school in Pennsylvania where fifty of them die.
1890
General Crook, the Apache's most powerful friendly voice in the U.S. Government, dies.
1894
Geronimo and 341 Chiricahua Apaches are transferred to Fort Sill, OK where they live in villages around the post.

Chief Nana dies at Fort Sill (OK) at the age of 96. Despite the fact that he was half blind and crippled from arthritis most of his adult life, he had the longest, and perhaps deadliest fighting career of any of the more famous Apache warriors. 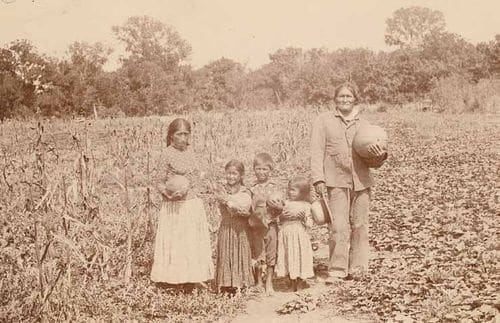 Geronimo, with permission from the War Department, appears as a celebrity at the St. Louis World Fair where, for money, he signs autographs and sells bows and arrows.
1905
Geronimo, once referred to as “the worst Indian who ever lived”, leads President Theodore Roosevelt’s Inaugural Parade.

1909
Despite his many petitions, Geronimo is never allowed to return to the land of his birth. He later regrets his surrender and claims the U.S violated the terms he had agreed to. After 23 years as a prisoner of war, Geronimo dies of pneumonia at Fort Sill, Oklahoma, where he is buried.
1912
Arizona Territory becomes the 48thstate in the Union.
1913
The Chiricahuas’ status as prisoners of war is lifted. Of the 498 original prisoners, only 271 survived their 27-year ordeal. The Chiricahuas are given the choice of accepting lands north of Fort Sill or sharing a reservation with Mescalero Apaches in New Mexico. For most, the decision is wrenching.
According to Ft. Sill Apache historian Michael Darrow, “Up to the last minute, people were trying to make the decision. Brothers and sisters split up, fathers and children split up. Some wanted to go one place, some to another. That’s how our tribe came to be split, with the Fort Sill Apaches in Oklahoma and the Chiricahuas at Mescalero.” Ultimately, 187 Chiricahuas decide to move to New Mexico; 84 choose to remain in Oklahoma.

Warrior Woman: The Story of Lozen, Apache Warrior and Shaman

Mangas Coloradas: Chief of the Chiricahua Apaches (The Civilization of the American Indian Series)

Click here to read The Apache Wars: A Timeline from the beginning.
For more information on the Apaches and the history surrounding the Apache Wars, see our other features about the Local History of the Apaches.