What’s in a name? Ever wondered where the names of the familiar mountain peaks around Tucson and Southern Arizona come from? These peaks are all part of the “Sky Islands”, called this because of its basin and range geology, rising high above the basins like, well, you guessed it, sky islands. These mountain ranges are, for the most part, Coronado National Forest. They are popular hiking destinations, some of them quite difficult and others just a jaunt.

Here is a brief list of the origins of many of the highest peaks you will find in Southern Arizona.

Wasson Peak – Mt. Wasson is named after one of the editors of the Tucson Citizen, John Wasson from the 1870s. He was a stern opponent of the Apaches and made no bones about saying so in the newspaper. Mt. Wasson’s summit is 4800 + ft. and can be reached from three different trailheads, Sweetwater, Kings Canyon, and Hugh Norris.

Safford Peak – Named after Arizona Governor Safford, as is the city of Safford, Arizona. There are most likely many others who are named after the third Governor of Arizona Territory, AT for short. Safford Peak is also known as Sombrero Peak due to its appearance from the southern side. On the Northern side, there is a wonderful sanctuary called Sanctuary Cove. Membership is welcomed, hiking is free, donations encouraged. It is 80 acres of peaceful respite, in the middle of encroaching suburbia. Learn more about Sanctuary Cove here.

Sentinel Peak – Also known as “A” Mountain for its University of Arizona “A” emblazoned on the top. Sentinel Peak is the site under which Tucson started. It was well used by the Hohokam as well as Tohono O’odham. Tucson or something similar is said to translate to “Under the Black Hill”. It is still an archaeological site as is its neighbor Tumamoc Hill.

Picacho Peak – Picacho Peak and Picacho Peak State Park sit alone alongside Interstate 10, not far from Casa Grande. Its name means “Peak” in Spanish, so yeah, Peak Peak. Picacho Peak is known for the most western Civil War battle to be fought. It is also a popular, if somewhat arduous two-mile hike to the top, aided by ropes placed so that folks don’t fall. Please do not attempt to climb this in summer months.

Ragged Top – This is the most prominent point in Ironwood Forest National Monument. It is home to Bighorn Sheep and many other critters as well as the Ironwood Tree. It is almost 4000 ft. 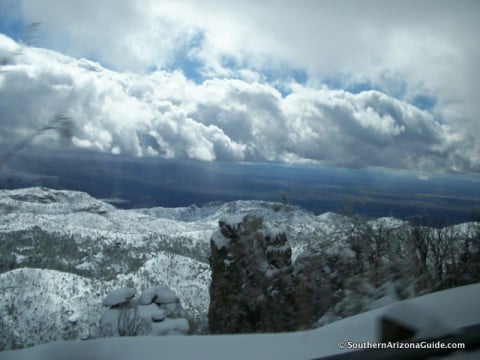 Mt. Lemmon – Named after biologist, Sara Plummer Lemmon. Yes, this is one of the few peaks that are named after a woman. The elevation is 9157 ft. at the top. There is a fascinating book on Mt. Lemmon “Look to the Mountains”.

Mt. Kimball – This peak is in the Santa Catalina Mountains and accessible from Finger Rock Trail. It is named for a developer who encouraged a road to Mt. Lemmon and the little town of Summerhaven.

Mt. Bigelow – We have no idea, but if you do please share it with us.

Thimble Peak – This is a distinct landmark with two of the most familiar canyons on either side; Sabino Canyon to the west and Bear Canyon to the east. This peak is not easily accessible. It stands at 5323 ft.

Cathedral Rock – Another spectacular mountain top and easily recognizable, the summit of which is not easily reached and no less than a 15-mile hike. Its summit is almost 8000 ft. and the best views of it are from Mt. Lemmon. 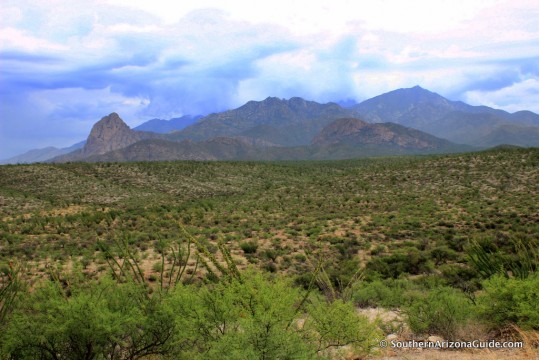 Mt. Wrightson – Named for William Wrightson, a miner who was killed by Apaches in the 1865 Battle of Fort Buchanan. It is reached from Madera Canyon, a popular hiking and picnicking area, a wee bit cooler in the summer months. Visit the Friends of Madera Canyon for more detailed information.

Mt. Hopkins – Gilbert Hopkins was traveling with William Wrightson when they were attacked by Apaches near Ft. Buchanan. Thus the two tallest peaks in the Santa Ritas were named for them. Mt. Hopkins houses the Whipple Observatory. You can reach it from the southside of Elephant Head, and hike or take a bus up to the top.

Elephant Head – Well, it looks like the head of an elephant from some vantage points, or so I am told. 5640 ft. 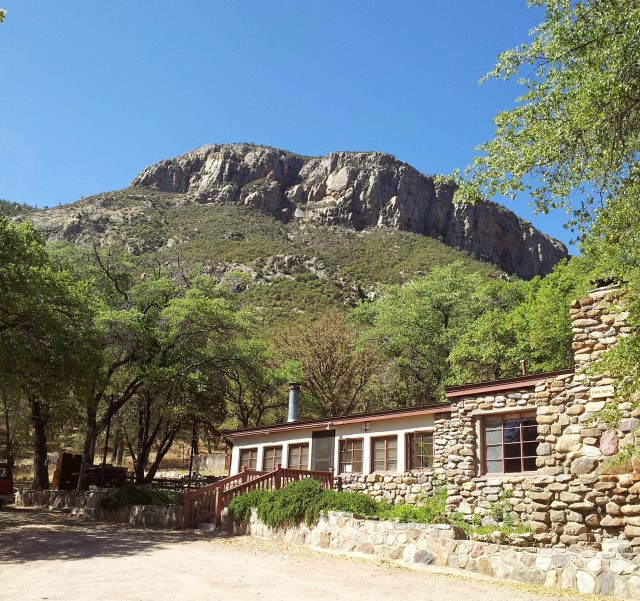 Miller Peak – 9466 ft. and the second highest peak in Cochise County. We have no idea why this was named Miller Peak. Presumably, after the first person to settle in the Canyon.
Carr Peak – Rising to 9200 ft. in the shadow of Miller Peak, Carr Peak is named after James Edward Carr, the first settler in the canyon. At the base of Carr Canyon is the Carr House Information Center. Open seasonally, it is a good starting place for the history of the area.

Chiricahua Peak – The tallest peak in Cochise County is over 9700ft. It is in the Chiricahua Mountains, and home to the most awesome hoodoos you have ever seen. Plan to spend some time in the National Monument.

Dos Cabezas – Spanish for two heads it is located in the Dos Cabezas Mountain Range in Cochise County. It rises over 8300 ft. above sea level. It looks down on the ghost town of Dos Cabezas to the west on State Route 186. A few residents hang on. Most of the land surrounding this summit is privately owned. Good luck getting permission.

Mt. Graham – also known as High Peak, it was named for James Duncan Graham a topographical engineer, The county is named after the mountain, the highest peak in the Coronado National Forest. Mt. Graham rises over 10,000 ft. Mt. Graham is open seasonally.

Heliograph Peak – This peak on Mt. Graham was home to one of the heliographs used in the Apache Wars. 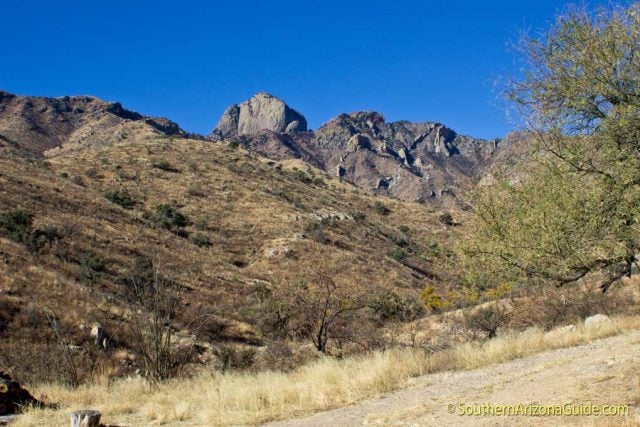 Baboquivari Peak – Sacred to the Tohono O’Odham and the west face is on reservation land. Baboquivari tops out at 7730 ft and is, by some accounts, the most difficult summit to climb in Arizona.

Kitt Peak – Another sacred Peak on Tohono O’odham land, Kitt Peak, and its observatories are leased from the tribe. Its elevation is 6880 ft. Kitt Peak is named after Philippa Kitt, by her brother, a surveyor for Pima County in 1930. It is called “Lolkam” by the Tohono O’Odham.

We would love to hear of other mountain tops and the origins of their names. Share your story with us here and we can add it to the list!!