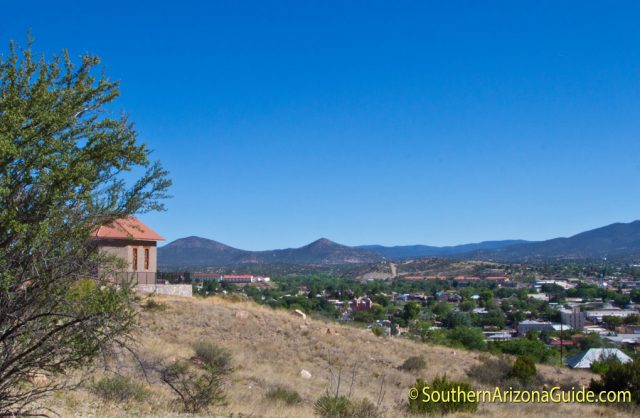 I had wanted to visit Southern New Mexico ever since I read Eve Ball’s magnificent Indeh: An Apache Odyssey

I knew many of the descendants of Chiefs Naiche, Chihuahua, Loco, Nana, and Victorio live on the Mescalero Apache Reservation and I wanted to interview them. Even the descendants of “The Worst Indian Who Ever Lived”, Geronimo, can be found there. 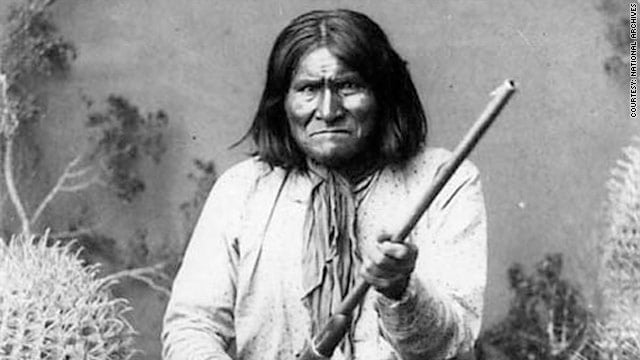 For example, in the year following the “Gunfight At The OK Corral”, Wyatt Earp led a federal posse in pursuit of “The Cowboys” who had ambushed and maimed his older brother Virgil and assassinated his younger brother, Morgan. Read More 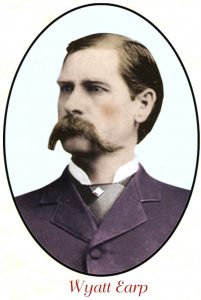 Wyatt’s posse, including Doc Holliday, left Arizona and went to Silver City, New Mexico where they hid out in plain sight for a week or more. The sheriffs of Pima and Cochise County (AZ) demanded that the governor of New Mexico extradite Earp and his posse back to Arizona for trial.

The governor refused. Why? The Earps had friends in high places, including the United States Marshall’s office, eastern banks, mining investors, Southern Pacific Railroad, and of course, Wells Fargo … all of who benefited from and appreciated the Earp’s deadly work in and around Tombstone.

Ms. Karen, wife and webmistress, and I had only 4 days, so the Mescalero Apache Reservation was out of the question on this trip. But Silver City is only a 3-hour drive from Tucson. For our headquarters, we chose the Inn On Broadway Bed & Breakfast. From this central point, we could easily enjoy day trips to (a) Gila Cliff Dwellings; (b) Old Mesilla, (c) Fort Bayard, and (d) Pinos Altos … plus two ghost towns on the way back to Tucson. 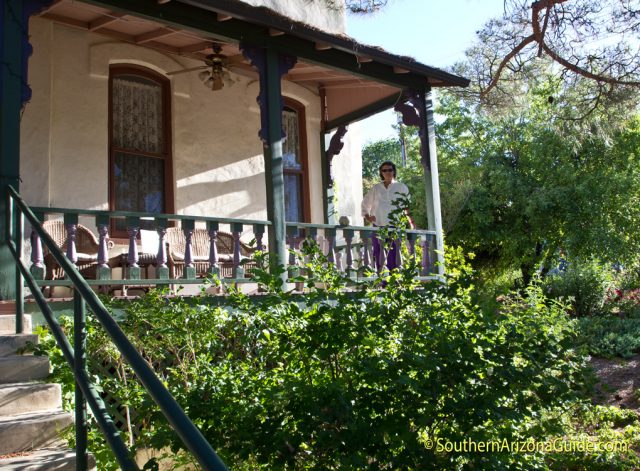 Ms. Karen on the large front porch of the Inn On Broadway in Silver City, New Mexico.

The Inn On Broadway was a propitious choice. It is an old Victorian mansion decorated in period, but with modern plumbing and electrical. Very comfortable! Large front porch overlooking a beautiful garden. Excellent for late afternoon cocktails. Sadly, the Inn on Broadway has closed.

We stayed 3 nights in Gram’s Room, a big bedroom with a king size bed, just off the library which served us well as a sitting room. So, for the price of one bedroom, we in effect got a large suite ($150 per night including a great breakfast). Sandy is owner and host and she’s a good one … most helpful with local knowledge of which we took considerable advantage.

The Inn is only a few blocks from downtown Silver City and nearly across the street from Silver City Museum (definitely worthwhile).

As to our five daytrips from Silver City, and Silver City itself, each was its own adventure, so stay tuned for the rest of the story. We will provide links below as we publish these articles. If you subscribe to our newsletter, you will receive them automatically.