From 1861 to 1886, only the most foolhardy Tucsonans would venture much beyond their little town surrounded by hostile desert and more hostile Apaches. Today, few know that six of Tucson's first streets were named for local men killed by Apaches. Only one was named for a man who instead killed Apaches.

Yet, as fearsome as the Apaches were in those days, there was another scourge that frightened our pioneers even more ... smallpox. 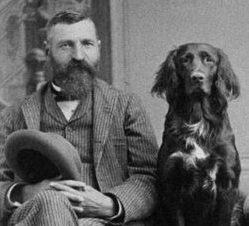 On our guided Tucson History & Libation Walking Tour, we go in search of saloonkeeper George Hand’s 1870’s Tucson. This is because George left us a magnificent diary that wonderfully illustrates what life was like back when Tucson really was the Old Pueblo.

Our tour visits more than 20 historical Downtown sites, including the home of Charles O. Brown, owner of the upscale Congress Hall Saloon. In his diary entry on May 10, 1877, George wrote:
“One of C.O. Brown’s children died of smallpox. Quite a number of other deaths today [from smallpox].”
The next day, his entry includes:
“11 persons are said to have died of smallpox today.”
Then a week later on May 18th:
“C.O. Brown’s youngest child died this morning [smallpox], is to be buried at 4 PM.”
Within one week, the owner of Tucson’s finest saloon, Charles Brown, and his wife lost two small children to smallpox. How devastating that must have been. Read More

Unfortunately, such grief was commonplace back in the day. In the same week, about two dozen others of European decent died in Tucson's smallpox epidemic of '77. We have no record of how many neighboring Tohono O'odham died during this outbreak.

What Kind Of Monster Were Our Pioneers Dealing With?
Smallpox was an extremely infectious disease that began with a high fever, headache, and back pain and then developed eruptions on the skin that left the face and limbs covered with cratered pockmarks, or pox. 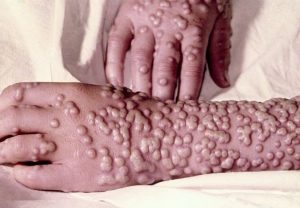 The smallpox virus killed us by attacking our immune system, those specialized molecules produced by our bodies to block the replication of viruses and bacteria. The smallpox virus was spread through person-to-person contact and saliva droplets in an infected person’s breath. It had an incubation period of between 7 and 17 days after exposure and only became infectious once the fever developed.

A Smallpox Victim In The Family
Our pioneers knew that contact with an infected person was extremely dangerous. So you can imagine how heart wrenching it would be for parents to have an infected young child in the household. How could parents comfort and care for a child if they could not be close by?

Moreover, the parents knew that if they contracted the disease, they could easily infect the other children in the household. Of course they knew too that once the fever set in and the pustules developed, the child was not likely to survive the week. The emotional pain had to be soul-crushing.

It’s Only Human
Smallpox is a human contagion. There are no natural animal carriers nor natural propagation of this virus outside the human body. We only gave it to each other.

For centuries smallpox was one of the world’s most dreaded plagues, killing as many as 30 percent of its victims, most of them children. Those who survived were permanently immune to a second infection. However, they faced a lifetime of disfigurement and in some cases blindness.

By the 16th century the “small pox” succeeded bubonic plague as the most-feared pestilence in Europe. A huge smallpox pandemic reached from Europe to the Middle East in 1614, and epidemics arose regularly in Europe throughout the 17th and 18th centuries. There were frequent outbreaks in the British colonies as well.

Introduced to the Americas by European conquerors and settlers, smallpox decimated native populations of Canada and the United States, Mexico, and South America. Smallpox wiped out entire native villages in a matter of weeks. The same occurred in Australia.

Archeologists now believe that in 1492 when Columbus arrived in the New World, the native population of North and South America could have been 100,000,000 people. There are scientific reasons to conclude that, not long after first contact with Europeans, 90% of the native population was exterminated by White Man diseases for which the aborigines had no immunity.

Can you imagine what that magnitude of catastrophe did to these indigenous societies? Sure, Europeans conquered the Americas and Australia. But history would have been very different if the Europeans had not inadvertently brought with them a powerful ally of Old World diseases like smallpox.

Prior to modern medical acceptance of “germ theory”, science did not know about infectious organisms like viruses. But people back then were keenly observant when it came to pandemics. They at least understood that, to keep the disease from spreading, they had to separate its victims from the uninfected population. Their only alternative was to pray to a sometimes indifferent deity for relief.

Happily, smallpox was the first disease to be controlled by a vaccine. In fact, in the 19th century, smallpox was the only disease for which an effective vaccine was available. Only it wasn’t readily available in remote places like the American Southwest.

George Hand’s diary entry of June 28, 1877 tells us something about how the citizens of Tucson, with a population around 4,000, were dealing with this scourge.

“There was a special meeting of the city council and the citizens this evening at the courthouse.” 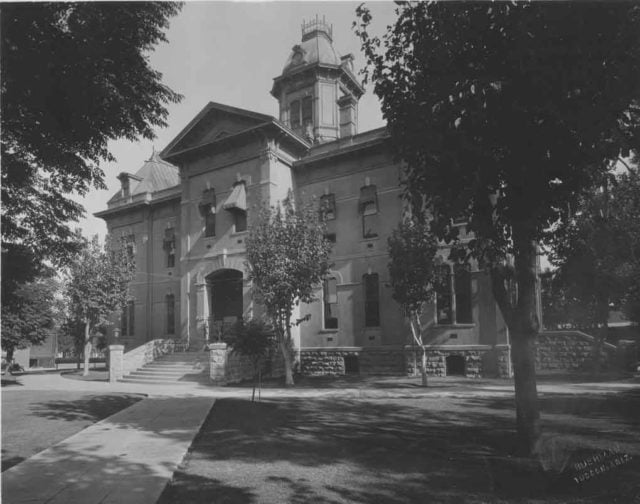 Records tell us this special meeting was to discuss additional measures to be taken to fight the smallpox epidemic and how to pay for them. Dr. John Handy had received a small supply of “vaccine matter” from San Francisco and was busy inoculating, at no charge, as many town folks as he could. 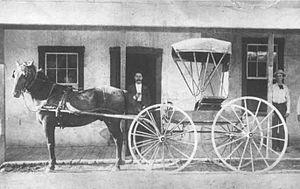 Click on this link for our story: The Death of Dr. John Handy. Hard to believe, but true.

Tucson Newspapers Did Not Report The Epidemic
After this meeting Tucsonans redoubled their efforts to quarantine the sick and fumigate infected houses. During the 1877 smallpox epidemic, Tucson's two local newspapers, the Arizona Citizen and the Arizona Weekly Star, hardly mentioned it. They were rivals, but held in common that such a terrifying outbreak of disease was bad for business.

Smallpox Inoculation Was A Centuries-Old Practice
In southwestern Asia it had been known for centuries that a healthy person could be made immune to smallpox by being injected with pus taken from the sores of an infected person. Another technique, practiced in China, was to grind the scabs of a smallpox victim and blow the powder through a tube into the nose of a healthy person.

People inoculated in this way would suffer a brief illness themselves and would be contagious for a period, and a few would contract a serious infection and die; but the risk of dying was far less than in a smallpox epidemic (roughly 2% compared to 30%).

So the benefit of vaccination became clear. However, the process of creating the vaccine and inoculation was expensive and available only to the rich. The “rich” usually meant
"royalty”.

A much safer procedure was developed by Edward Jenner, an English physician. In 1796 Jenner deliberately infected a small boy with variolae vaccinae, or cowpox, a bovine version of smallpox. The boy suffered only a mild noncontagious reaction and then showed no reaction to a subsequent inoculation with variola major.

A cruder form of the vaccine was administered to almost all of General George Washington’s soldiers in America’s Revolutionary War. In 1862, our saloonkeeper, George Hand, was vaccinated when he enlisted in the Union Army. So in 1870’s Tucson, Mr.Hand was immune, and he knew it.

The superiority of vaccination, as this technique came to be known, was immediately recognized even if no one actually understood how or why the procedure worked. During the 19th century, vaccination programs, many of them compulsory, were instituted in many countries.

At first the vaccine was obtained directly from vaccinated persons, but soon it was being commercially harvested from pustules grown on the skin of inoculated calves.

Later in the century it became apparent that the cowpox virus had been supplanted in vaccines by a different strain. It is still not certain whether the new virus, called vaccinia, was a mutation of cowpox virus or a completely separate strain, but it remains the virus used for the most modern vaccine.

Through a global smallpox vaccine initiative, in 1980 the disease was declared exterminated. The last known natural case was in 1977. To the extent smallpox exists on Planet Earth today, it is only in highly secure laboratories in the U.S. and Russia … we think … we hope.