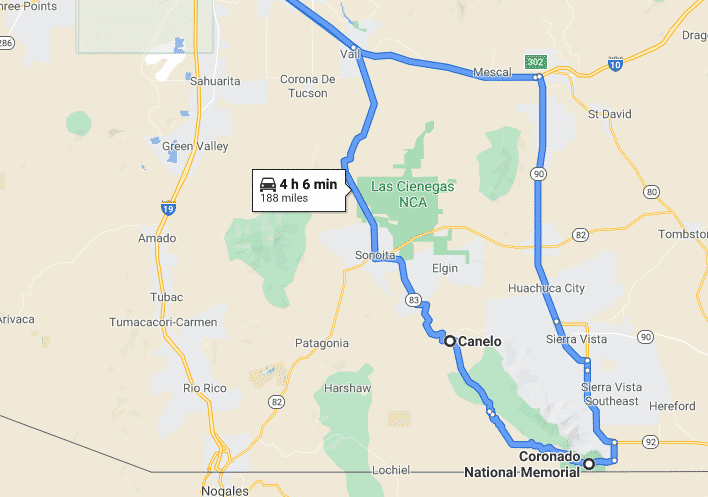 Having posted a video of the fall colors in the Huachucas, Jim and I decided to take a drive. After being mostly homebound for several months, our plan to circle the Huachucas seemed daunting. We decided to head to Carr House in Carr Canyon and assess the 6+ hour trip from there. Leaving Tucson around 10 am, we travelled through Sierra Vista and arrived at Carr House at 11:30am.  The gate was locked. Apparently the Forest Service closed it for the season.

We did not stop this time at the Visitor's Center. Cochise County as of September 18, has no orders for face coverings and the numbers remain low. However, since we are at risk we prefer a broader approach to caution. Heading straight up to Montezuma Pass, I recalled a J.A. Jance mystery novel, about an older couple who drove off the top or Montezuma Pass. Jance is the author of the Joanna Brady, Sheriff of Cochise County novels.

I had never been to the top, although, from reading  Jance's book, I imagined that I had. It was only after arriving I realized I had never been there. A series of switchbacks take you to the top. Be careful, there is limited visibility. I think it takes about 20 minutes to get to the top from the Visitor's Center. If you are driving, it probably seems like a little more.

Arriving at the top, there were maybe 4 other cars having passed 3 coming down. It is a smallish parking lot with views in both directions, two ramadas and at least 2 picnic tables. I fail to recall what was in the second ramada as it was occupied. 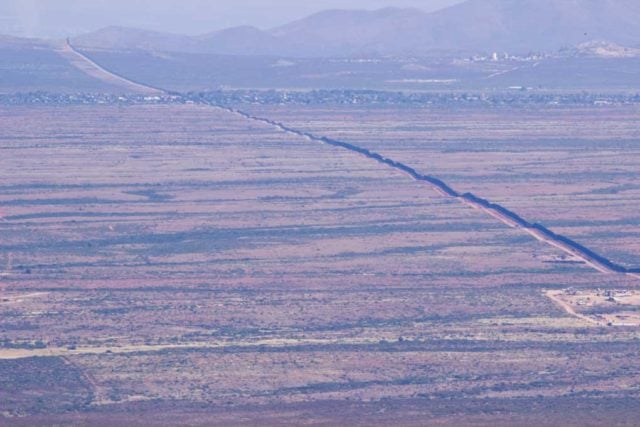 On the southern side was a view of the Mexico, Naco, the San Pedro Riparian area and miles of the controversial border wall, traveling as far as the eye can see, splitting Naco, Arizona and Naco, Mexico in half. I will leave it at that.

On the northern side was an expansive view of the San Rafael Valley. We would be returning this way. 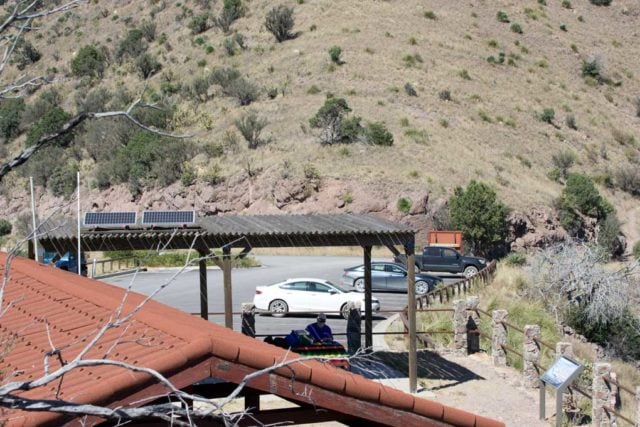 First, it was time for a picnic. Why do I always forget the crackers? Packing a car for a picnic, should be easier. Anyway, despite the breeze and the lack of crackers, we enjoyed our lunch with some wine. Afterwards, I headed up the stairs to see what was there. The sign indicated that the Yaqui Ridge Trail was closed due to construction but Joe's Canyon trail  is open.  It is amazing how much less air there is at 6500 ft. I had forgotten. I made it as far as a park bench, took a few pics and came back down for the camera. I changed from sandals to boots and went back up to get a couple of shots. It was lovely hiking weather but the urge did not quite overtake me. I headed back down to earth. 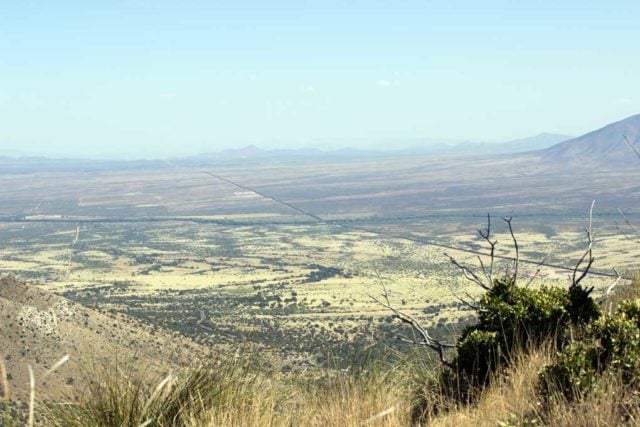 Packing up, and leaving the parking lot, we took a left, west down the hill, a more gradual slope into the valley below. The first thing we encountered was a reminder that it was hunting season. Two young bucks had bagged a young doe and were dressing it, or undressing it, I am not sure. I am also reminded that it is important to know that it is hunting season when planning your hike. 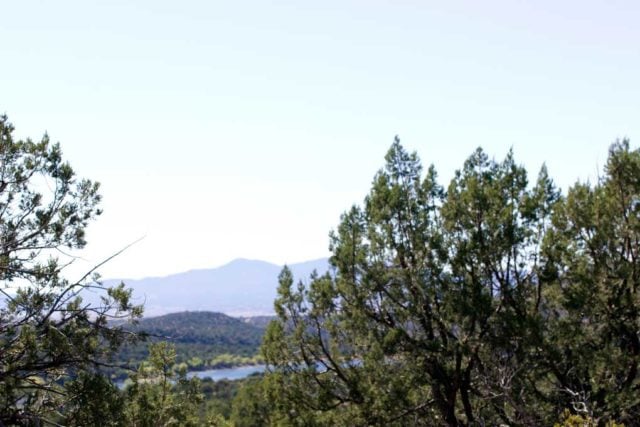 Our next encounter was a bird's eye view of Parker Canyon Lake in the distance as we flew by. It looked lovely this time of year. Not like baked desert with water in it. it was obvious that Cochise County received more rain this monsoon than Tucson. 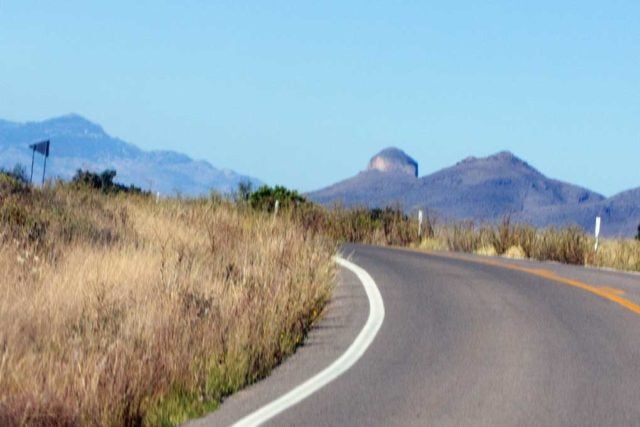 My attention then turned to several views of "The Biscuit" in the Mustang mountains. I had seen photographs of this by our friend, Sally Reichardt, hi Sally,  but not from this angle. Hey, it really looks like a biscuit. This long road turns into Canelo Road and State Route 83 through Sonoita. We passed a new brewery, Copper Hop Ranch, not open at this time, and Lightning Ridge Cellars along the way. Stop in, the wine is fine.  From there, we beat feet home, missing our dog that was surely missing us.

We did not see any pronghorns this trip. Perhaps they heard it was hunting season and were hiding.  All in all, it was a good day to be out of house.