Recently having been in the healthcare system for 5 months following complications from back surgery, I detested the meals. One day, while in rehab at a skilled nursing center in town, our daughter visited from Southern California. She went to Reforma in St. Philips Plaza nearby and brought back a delicious lunch. 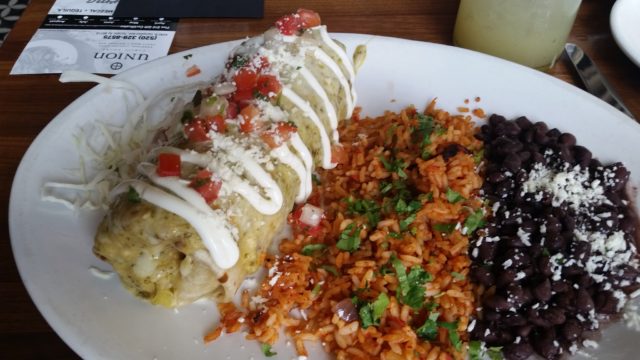 More recently, I recollected that sumptuous meal and we three, Ms. Rosemary, Ms. Karen and I, set off to Reforma Modern Mexican on a Sunday afternoon. We went late to avoid the traffic from the Farmer’s Market that happens every weekend at St. Philips Plaza. When we arrived they were still cleaning up an hour later.

Reforma was not crowded and we were immediately seated in the main dining room. Only one problem. They had a DJ playing loud, some unrecognizable, obnoxious music. Now, some of you younger folk might prefer this, and that’s okay. However, not wanting our conversation stifled by the overbearing sound, we asked to be relocated to a quieter space. The hostess obliged and re-seated us in the private dining room where we were the only patrons.

First came the chips & salsa. The chips were warm and fresh, the salsa particularly tasty. They were soon consumed. But no refill was forthcoming. According to the Menu, refills are $2.00 and Guacamole goes for $10. Really? $10 for a side of Guac? How about if I bring the $.50 avocados? (Currently)

Then came drinks. Ms. Karen & I ordered the house margaritas. Tart and sour, but refreshing. Margaritas are only $6 if you get the house blend. I am beginning to see how they make up for the cheap margaritas. 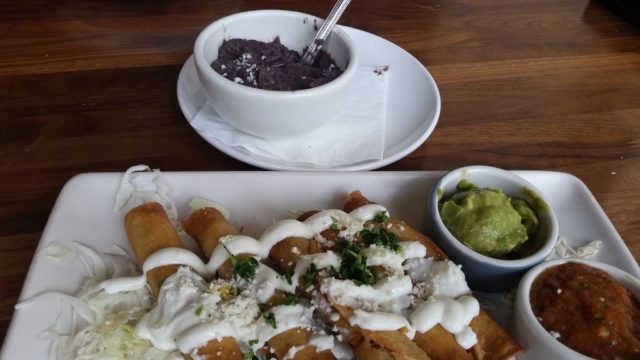 I ordered the Carne Asada Burrito; Marinated steak, refried beans, Spanish rice, salsa Mexicana, cotija, cabbage ($15.50). Inexplicably, my burrito came, not with refried beans, but braised black beans. They were boring. My Spanish rice was cold and dry, and seemingly days old. But my burrito was very good, with lots of meat and excellent sauce.

Ms. Karen thought the salad was quite good, saying it had a particularly good dressing.

Ms. Rosemary did not much care for her taquitos and only ate two of the four. Well, what do you expect of Mexican potatoes?

We decided against dessert, paid the bill and left with mixed reviews.

Sadly, we could only give Reforma a three saguaro rating. It simply lacked a fully enjoyable experience. A far cry from that wonderful lunch I had in skilled nursing months earlier. Or perhaps, I was just hungry for anything less institutional. You can read about how we go about Ranking the Restaurants here.
Food: 3.5
Service: 3
Ambience: 2