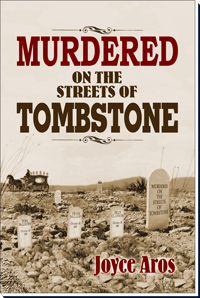 In early November 2016, I had the pleasure of sitting in the master bedroom of the main house of the Empire Ranch across from author Joyce Aros. It was the Annual Fall Roundup fundraiser and we were both at the authors' table to sell our respective books:
Murdered on the Streets of Tombstone

Often during the day we were not terribly busy and had a chance to converse. In effect, Ms. Aros told me that her research clearly found the Earp brothers and Doc Holliday guilty of intentionally murdering peace-loving, respectable ranchers Tom and Frank McLaury and Billy Clanton on October 26, 1881 near the OK Corral.

I mentioned several items that had led me to the conclusion that, while the Earps and Holliday were not angels, I did not find the evidence to support a charge of murder.

However, so sure and seemingly knowledgeable was she, my curiosity got the better of me, and so, at the end of the day, we exchanged books. And I agreed to write and publish a review.

Having now read Ms. Aros' book with great care, I can say that she thoroughly researched and questioned every line of testimony in the court hearing following the Gunfight Near the OK Corral. For anyone fascinated by Tombstone’s history, her book is counterpoint to all the other books and movies about The Gunfight that paint the Earps as brave, heroic figures and the Cowboys as the dregs of the Arizona Territory.

As a writer, Ms. Aros is capable of an occasional clever turn of phrase. For example, in her description of Tombstone in 1880, she writes:

“The future looked very promising as Tombstone sparkled with activity; the sounds of silks and satins rustling in the streets and shops, the constant hum and babble day and night, and above all, the welcome though irritating sounds of the stamp mills spewing out the wealth.”

However, it should be noted, with this level of detail, one should expect a certain amount of tediousness and the need to read and re-read passages to follow where the author wants to lead.

Following the shootout, Ike Clanton filed murder charges against the Virgil, Wyatt and Morgan Earp and John Henry “Doc” Holliday for their slaying of Ike’s brother Billy and brothers Frank and Tom McLaury. At the end of a long preliminary hearing to decide if the grand jury should consider indictments, Judge Spicer ruled that, in effect, the Earps were just doing their job as local law enforcement.

It is the author’s purpose to aggressively retry the Earps and Holliday using written testimony and historical footnotes from 1881. By the end of her book, she is describing the judge as either an idiot or hopelessly corrupt, witnesses for the defense as “coached”, Virgil Earp as a hot head and Wyatt Earp as a vicious thug who lies under oath to save his own neck.

By contrast, in Ms. Aros’ universe, her cowboys are upstanding, hardworking, honest, and fairly well-to-do ranchers who wouldn’t harm anyone unless provoked.

To make her case, the first part of Murdered On The Streets Of Tombstone is well-crafted character assassination. For Ms. Aros, before they even arrived in Tombstone, the Earps were seriously flawed human beings. They all “harbored lawless tendencies that were difficult to keep under control.”

To support her theory, by page 44, the author dug up as much dirt on Wyatt that could be, conveniently omitting much that was written in praise about him. The other Earps get the same one-sided treatment. I have read and written quite a bit about Tombstone history and The Gunfight, so I ought to know a great deal more about this period than the average armchair historian. There is much in the historical record to indicate that Virgil and Wyatt were respected by upstanding citizens of the frontier. The following excerpt is from one of my Tombstone history features on Southern Arizona Guide.

1878 - April; Dodge City, Kansas
Dodge City Marshal Ed Masterson, Bat’s brother, is killed by a drunken cowboy. Wyatt is appointed Assistant Marshal of Dodge. The Ford County Globe praised the appointment. “Wyatt Earp, one of the most efficient officers Dodge ever had, has just returned from Fort Worth, Texas. He was immediately appointed Assistant Marshal by our city dads, much to their credit.”

Use this link to go to my feature on the day of The Gunfight.

Murdered On The Streets of Tombstone has a few historical errors, such as on page13 where she writes: “In the late 1850’s, Frederick Brunckow was a skilled mining engineer from Germany, the first to successfully find silver in the same hills that later came to be known as the Tombstone hills. After two years of hard work and some achievement, despite the threat of Hostiles, (Apaches who rebelled against the confinement of the reservations) …”

While such historical inaccuracies are annoying, they pale in comparison with the author’s bias. Her prejudice against the Earps and in favor of the cowboys is so over-the-top as to completely nullify her offbeat conclusions.

Oddly, in several places in her book, Ms. Aros plainly admits that she is “a simple armchair observer who is admittedly biased.” A very strange thing to write. In effect, she is admitting that there is no good reason to believe anything she writes in this book. Having read her book thoroughly, I have to agree with her.

There is more. At the beginning of her book under Acknowledgements, Ms. Aros thanks many people who are recognized experts on this subject, including Gary Roberts, Jeff Morey, and Casey Tefertiller. These and others also served as the primary sources for my own writings on this subject. So I am well aware that they do not share Ms. Aros’ distorted point of view. They do not share her biased interpretation of the historical records. And they certainly do not share her conclusions about the people and events of 1881 Tombstone. 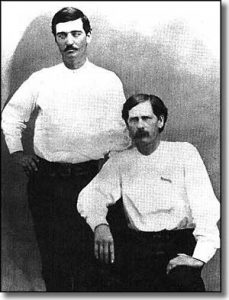 There is even more. While she damns the Earps as unscrupulous villains hiding behind their badges, Ms. Aros also omits the names of many of the Territory’s finest citizens who supported the Earps and defended their actions as lawmen. Men such as Tombstone Mayor and publisher of Tombstone Epitaph, John Clum; prominent rancher, Henry Hooker; Reverend Endicott Peabody; miner and diarist George Parsons; and the locals who formed the Tombstone Citizens Safety Committee who were ready and willing to back Virgil in any confrontation with the Cowboys. And of course, Wells Fargo, the Southern Pacific Railroad, and the investors and owners of the mines.

Really, if Wyatt was as bad as Ms. Aros paints him, would Bat Masterson have remained his lifelong friend? Would Reverend Peabody, upon returning to Tombstone 49 years after establishing the Episcopal Church there, have singled out Wyatt Earp for special praise? I think not.

At Wyatt's funeral in 1929, among his pallbearers were two of the most famous and richest stars in Hollywood, William S. Hart and Tom Mix. Witnesses say Mr. Mix wept openly. Would such American royalty have show this degree of respect and feelings for the evil Wyatt Earp that inhabits Ms. Aros' universe. Not likely.

As much as Ms. Aros despises the Earps, her hatred of Doc Holliday is palpable. In her mind, Doc is the murderous one who shoots first while the innocent Cowboys have their hands up as commanded by Marshal Virgil Earp. On page 245 she writes: “Without hesitation, Doc Holliday stepped up close to Frank McLaury, his blue eyes cold and flat as only the eyes of a man without a conscience could appear.”

Really? How could Ms. Aros know that Doc’s eyes were blue, cold and flat? This is pure fiction.

One of the most respected experts on The Gunfight, Jeff Morey, wrote an article titled Blaze Away: Doc Holliday’s Role in the West’s Most Famous Gunfight. Here is an excerpt.

The popular image of Doc Holliday as a man racing toward death with little regard for those he takes with him isn't borne out by his conduct at the O.K. Corral gunfight. Instead, his actions seem measured if not restrained. Positioned out on Fremont Street as back-up to the brothers Earp, he fully met the responsibilities of that assignment. Instead of initiating an unprovoked and unmotivated onslaught, he patiently covered the flank of the City Marshal. 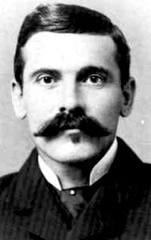 If Tom McLaury was unarmed, Doc could not have known it. As McLaury reached out towards the fleeing animal, Doc Holliday couldn't tell if Tom's intent was to maintain the horse as a shield, or to access the rifle housed on the terrified mount. Doc instinctively fired twelve buckshot into the cowboy's right side. One thing is certain. McLaury's fatal wound, located under the right armpit could never have been received had he actually been facing the City Marshal and holding open the lapels of his vest or coat as Ike Clanton testified. Tom McLaury was actively reaching out in front of his person and facing Fremont Street when hit. His wound's position confirms Wyatt Earp's account of Tom's shooting far better than it does Ike Clanton's.

After the shooting of Tom McLaury, and before the final stand-off with Frank McLaury, the only shots attributed to Doc Holliday were two rounds directed at Billy Clanton. The witness who detailed those shots was C. H. Light, who saw the shooting from the Aztec House, on the northwest corner of Third and Fremont. Clearly, then, Doc didn't become locked-in on Billy. He remained alert enough to what was going on around him to take notice of the still dangerous Frank McLaury.

Finally, Doc's careful stalking of Frank McLaury showed remarkable patience. Doc Holliday had to have walked nearly fifty feet from his original position at the start of the gunfight, to his final location at shooting’s end. This wasn't the action of an out-of-control "bullet-spitting" terror. This was the considered and deliberate approach of a cautious warrior. No doubt about it. Doc Holliday could be a royal demon when on a rampage. However, on October 26, 1881, near the O.K. Corral, when called on to support the City Marshal, he was the right man in the right place.

Having carefully read Murdered On The Streets Of Tombstone, I have concluded that it is better described as historical fiction than actual history. Definitely an alternate view of the world.