Klondyke is a near-ghost town in western Graham County near the eastern entrance to Aravaipa Canyon. Perhaps a dozen people live in the vicinity now. In the second decade of the 21st century, the only roads out there are still unpaved.

In 1905, there were 500 people living here, most involved in either mining for gold or ranching, or both. They had a school, a church, a post office, a saloon, and a general store. The post office closed in 1955. The general store held on until 2005. 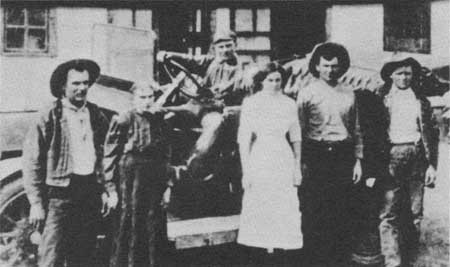 The Klondyke cemetery is just southeast of town. There you will find the graves of the Thomas Jefferson “Jeff” Power and his family. Few know the sad story of these Arizona pioneers.

Searching for land to raise his cattle, Jeff Power brought his family to west Graham County from Texas in 1909.  Power’s family included his wife, Martha Jane, a daughter, Ola May, and three sons, Charley, the oldest, and John and Tom Jr.

The ranch was still struggling when, in 1915, Martha Jane was killed in a buggy accident.

A year later, Power took his children to live near a mine he was working in Rattlesnake Canyon several miles into the Galiuro Mountains from the present town of Klondyke. Here, in 1917, 23-year-old Ola May was bitten by a rattler and died. At least that was what her family told authorities. The county coroner wrote that Ola May died from “causes unknown”. Her gravestone in the Klondyke Graveyard reads "Poisoned by unknown person".  Here is an interesting post on Find a Grave.

About that same time, Charley was wounded in The Great War. Consequently, the old man decided that his remaining two sons, now in their mid-twenties, would not become cannon fodder defending someone else’s country. Some say, he refused to let his two younger boys leave home when they were called to military service. It was a fateful decision that would destroy the remainder of his family. 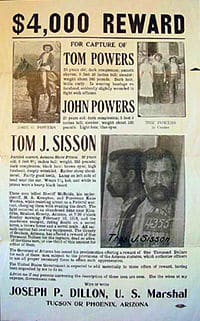 The young men were declared deserters. Power must have believed that they were so remote that the law wouldn’t bother them. He was wrong. Dead wrong!

On February 10, 1918, four Graham County lawmen came to arrest the brothers. They also carried arrest warrants for Jeff Power and his hired hand, Tom Sisson, both of whom were “wanted for questioning” regarding Ola May’s death.

No one today can say for certain who fired the first shot. But what is certain is when the shooting ended, three lawmen were dead and Jeff Power lay dying.

Brothers John & Tom Jr. were wounded, but they and Tom Sisson escaped to Mexico. A few weeks later all three were captured, quickly tried, convicted of murder, and sentenced to life in prison. They were sent to prison in Florence, Arizona. 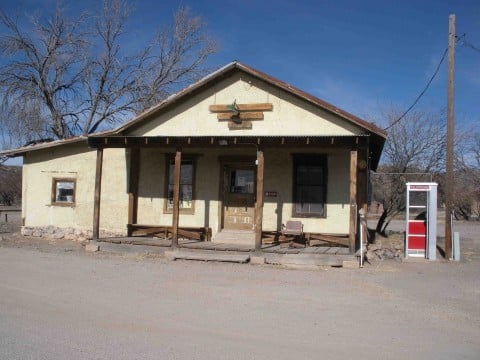 Many years later, Tom Sisson died in a Florence prison at age 86. Brothers John & Tom Jr. were paroled in 1960 after 42 years in a Florence hellhole. Tom Jr. died in 1970 in a little town about 50 miles from Klondyke.

In the mid-1970’s, John Power moved the bones of his father and brother to the Klondyke cemetery and placed them beside the graves of his mother and sister. On his father grave he wrote: “T. J. Power Sr. 1918 – Age 54. Shot down with his hands up in his own door.”

Nine years after they were released from prison, the Arizona Governor pardoned the two younger Power brothers. In 1975, Jeff Power’s cabin was placed on the National Register of Historic Places. It has since been partially restored by the U.S. Forest Service. Visitors can hike in and reflect.

John Power died in 1976, and is buried beside his family in the Klondyke cemetery. 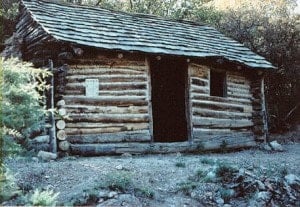 There are several accounts of the life and times of the Powers.
With Blood in Their Eyes

The Powers Boys: An Historical Legend

There is also a documentary that just came out. See the trailer here.

Visit: http://www.powerswar.com/ where you can purchase the Power's War DVD documentary.