In the beginning, about 14 billion years before there was a City of Tucson in the State of Arizona, all the space, all the matter, and all the energy of the known universe was contained in a volume less than one-trillionth the size of the period at the end of this sentence.

Currently, Tucson Arizona is spinning on the Earth’s axis at nearly 1,000 miles per hour.

At the same time, Tucson is circling the Sun at roughly 67,000 miles per hour.

Simultaneously, our solar system, the Sun and planets, including the entire State of Arizona, is traveling around the center of our galaxy, the Milky Way, at 490,000 miles per hour. 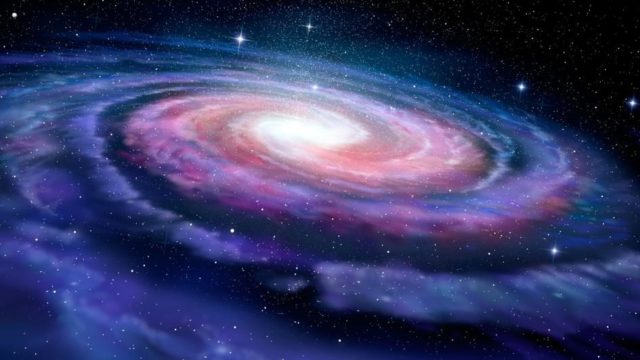 Arizona, along with our Milky Way and other nearby galaxies, is traveling toward something called the Great Attractor at more than 2.2 million miles per hour.

And yet, we Tucsonans perceive almost no earthly motion, except for the passing of the sun and moon slowly moving across the sky from East to West in about a 12-hour cycle. 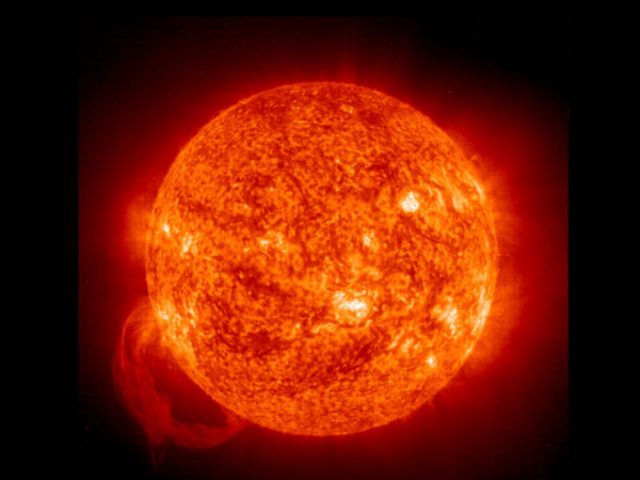 Our Arizona Sun is BIG. In our solar system, everything that is not the Sun adds up to less than one fifth of one percent of the Sun’s mass.

Neutrinos interact extremely weakly with ordinary matter. They travel from the core of our Arizona Sun through space at nearly the speed of light. Then they pass through Earth as though it does not exist. Twenty-four/seven, a hundred billion neutrinos pass through every square inch of every Tucsonan every second without interacting with the atoms of which all Tucsonans are comprised. 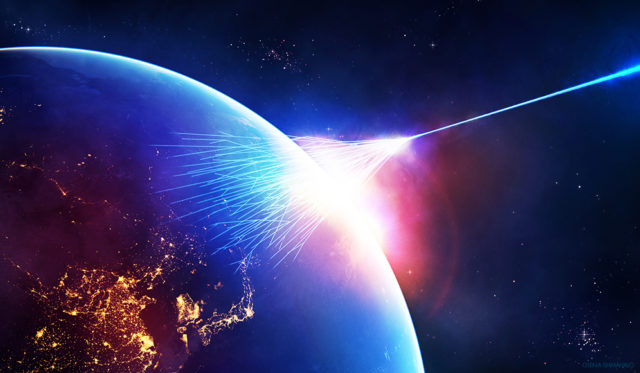 To Tucsonans, intergalactic space seems empty … a giant void of nothingness. Yet, this “void” is pierced by super high energy, fast-moving subatomic particles called Cosmic Rays. Of these, the highest-energy particles have a hundred million times the energy that can be generated by the world’s largest particle accelerator. Most are protons, the nuclei of hydrogen atoms. Traveling at just under the speed of light, each miniscule cosmic particle packs enough energy to knock a golf ball anywhere on a putting green at Omni National into the cup.

Our Milky Way Galaxy contains a hundred billion stars. The known universe harbors some hundred billion galaxies. Current astrophysics projects as many as forty billion Earth-like planets in just the Milky Way. Chances are good that there are other Arizonas out there. Although we are fairly certain that Tucson is unique.

More bacteria live and work in one centimeter of every Tucsonan’s colon than the number of people who have ever existed on Planet Earth.

There are more molecules of water in an eight-ounce cup of Santa Cruz River water than there are cups of water in all of Earth’s oceans. It is highly probable that some of the water we Tucsonans drank today once passed through the kidneys of Socrates, Genghis Khan, and Joan of Arc. Similarly, some of the air we just inhaled almost certainly passed through the lungs of Napoleon, Beethoven, Lincoln, and Billy the Kid.

Note: These and other interesting concepts originated from Neil DeGrasse Tyson’s Astrophysics for People in a Hurry

. Highly recommended reading for things every Tucsonan should know.