As frequent readers of this website already know, we sometimes invite others to post here. Doing so offers readers a variety and a different perspective. Today's post is by Randi Bellassai whom I met while looking for topo maps at the Arizona Experience Store (416 W. Congress Street, Tucson, AZ 85701) where she is Sales and Marketing Manager. This place is a rich resource of information about Arizona in general and Southern Arizona in particular. If you have not already visited it, we highly recommend you do so.

Mt. Lemmon is just one of many Southern Arizona sky islands. You can watch our brief video above.

Visitors to Southern Arizona are often struck by vast mountain ranges rising suddenly out of the desert lowlands. Prickly pear and ocotillo rapidly give way to oak, pine forest, and a much cooler climate. Usually, 6,000–8,000 feet in elevation (But sometimes exceeding 10,000), these majestic hills emerge from a sea of desert scrub and provide an oasis for an abundance of wildlife. Known as Sky Islands, these areas encompass most of Arizona’s biotic communities.

Arizona truly is a land of extremes. Temperatures vary from place to place and even day to night. Few geographic formations in the world illustrate this stark climactic contrast—and its importance to biodiversity-- better than Southern Arizona’s Sky Islands. Thanks to their rapid gain in elevation, Sky Island peaks remain temperate even in the fiercest summer heat. When Tucson’s mercury climbs above 100 degrees in June, the 9,157-foot summit of Mount Lemmon in the Santa Catalina mountains offers respite to overheated fauna (including the human variety) with temperatures that rarely exceed 80 degrees. In the winter, Mount Lemmon is the southernmost downhill ski area in the country. 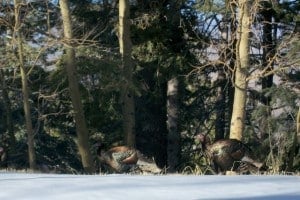 Sky Islands are among the most diverse ecosystems in the world. As the meeting point between desert and forest, they provide a variance of climate zones, including tropical and temperate climates, that supports a vast range of wildlife. The lower temperatures of the high elevations allow snow to accumulate, which melt into summer streams that feed to other riparian areas. The Sky Island Alliance notes that the region harbors a diversity exceeding anywhere else in the U.S., supporting well over half the bird species of North America, 29 bat species, over 3,000 species of plants, and 104 species of mammals. Many of Arizona’s most beloved creatures are found here, including the mountain lion (cougar) and black bear, Arizona Black Rattlesnake, the Mexican Spotted Owl, and other raptors. 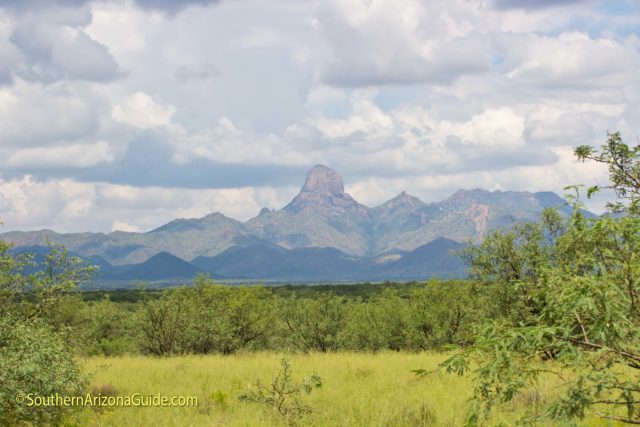 Arizona’s Sky Island ranges include the Baboquivari Mountains, Whetstone Mountains, Chiricahua Mountains, Huachuca Mountains, Pinaleño Mountains, Santa Catalina Mountains, and Santa Rita Mountains. The tallest of these areas are the Pinaleño Mountains, rising to 10,720 feet above the Gila River near the town of Safford. (Though the highest point in the state is in the San Francisco Peaks, these mountains are not considered Sky Islands because they sit atop the Colorado Plateau and not the Basin and Range province of Southern Arizona).

Coniferous forest occurs in the higher mountain ranges throughout the Sonoran Desert. This Rocky Mountain montane forest is the dominant vegetation of the cold- temperate Rocky Mountains. 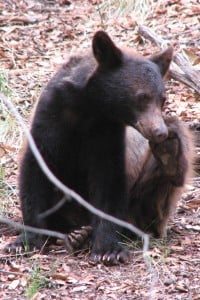 Explore the Sky Islands with material from the Arizona Experience! Use the Physiographic Provinces map to locate the Sky Island ranges and discover the biotic communities that live there. On your next visit to a Sky Island, note how the vegetation changes from cactus to thornscrub to oak forest, pine forest, and mixed conifer forest as you ascend the slope. Or, test your knowledge of Sky Island creatures with the Changes in Altitude game, part of National Geographic’s Desert Diversity series from the 2011 Bioblitz at Saguaro National Park.