↓
Home→a Newsletter→Colonel William C. Greene: A Death in the Family 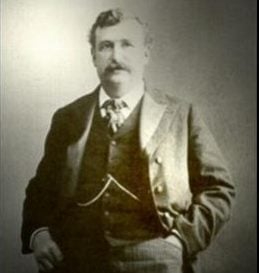 William C. Greene was born in Wisconsin in 1852 (or maybe 53). Greene spent his most productive years in Sonora, Mexico. However, we can reasonably conclude that, between 1890 and 1910, he was one of the richest and most influential men in Cochise County, Arizona Territory. Most folks referred to him as Colonel Greene, an honorary title bestowed out of respect. He owned interests in mining and cattle ranching in Mexico and most of Cochise County, including Millville, Bisbee and the San Rafael Valley.

Nevertheless, his title and all that wealth and power could not save one of his beloved young daughters. In 1897, Greene and his family were ranching along the San Pedro River not far from Tombstone. He had a small dam built to create a shallow pond to water his cattle. 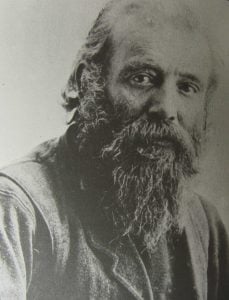 James Burnett, a rancher, Justice of the Peace, and several other callings, owned a ranch just down stream from the Colonel's property. Burnett had a reputation as a no nonsense kinda guy.

Burnett had enough water for normal use, but decided to extend his cattle operation. He hired some Chinese workers to build him a dam and, so the claim goes, encouraged them to blow up the Colonel's dam ... which apparently they did on the night of June 24, 1897.

Three days later, the Colonel's daughters, Eva & Ella, along with friend Katie Corcoran, received permission to go down to their favorite wading pool to cool off. What they did not know was that the destruction of their father's little dam and the creation of Burnett's much larger dam had left the pool far deeper than it had been.

Katie jumped into the expected shallow water and went straight to the bottom. Suspecting nothing out of the ordinary, Ella followed Katie into the depths. She was barely able to yell to her sister, Eva, "Go Back, Go Back!" Eva ran for help, but it was too late. Katie and Ella had drowned.

Colonel Greene, not a man to be trifled with, found James Burnett near the OK Corral in Tombstone. There are two versions of what happened next, but two things are certain. The Colonel shot and killed Mr. Burnett, then turned himself into the authorities saying, "I have no statement to make other than that man was the cause of my child being drowned."

They say the trial was a bit of a circus, but the Colonel was acquitted and went back to making a lot of money as a result of exceptionally sound judgment and an appetite for risk. His vast fortune was based in copper mining which allowed him to acquire enormous parcels of land for cattle ranching. But 5 years after he established the Greene Consolidated Copper Company the price of copper dropped precipitously. Along with other business setbacks, the Colonel lost his mine holdings, but was able to retain much of his cattle business.

San Rafael Ranch and the End of the Greene Family Empire

The Greene Cattle Company, the name for the U.S. cattle ranch holdings, took up a large portion of the San Rafael Valley. The San Rafael Valley is the headwaters of Rio Santa Cruz. From there it flows south into Mexico before heading north to Arizona via Nogales, Tubac, Tucson, and eventually the Gila River near Phoenix. 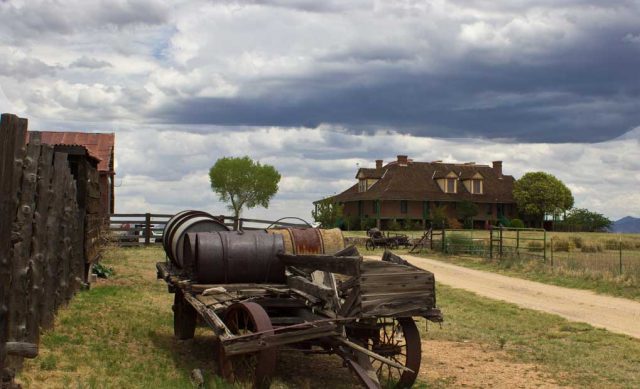 Colonel Greene had another daughter, Florence Greene Sharp. When Colonel Greene died unexpectedly in 1911, the ranch was passed to her. Florence died in Tucson in 1995. In 1998, the ranch was sold to The Nature Conservancy. Arizona State Parks purchased 3,557 acres of the property in 1999, as a Natural Area. In 2008 the ranch house was designated as a National Historic District. The landscape and house have been featured in several movies, including the classic Western musical, Oklahoma.

The ranch house is located about a mile and a half north of Lochiel, which is on the International Border with Sonora Mexico. At this time there are no plans to open the park to the public. Forest Service road 61, a dirt road, traverses through the park so those interested is seeing the landscape can drive past the Ranch.