First, let me say that “wars” no longer start with a formal “declaration of war” nor end with a formal signing of surrender documents or “peace accords”. So part of the answer depends upon how we define “war”. 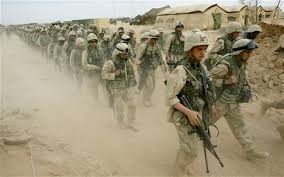 Surely the U.S. was “involved” in Afghanistan shortly after the Soviet invasion of 1979; at least covertly. Thus, U.S. operatives have been involved in Afghan conflicts for 35 years. Yet we were not in a publicly-acknowledged shooting war with the Afghan Taliban until October 2001 when we politely asked them to turn over Osama bin Laden and they refused. That would make the Afghan War only 13-years-long. Read More

What about the Vietnam War? Clearly, the United States was “involved” in the Vietnamese Civil War when, in 1962, President Kennedy sent U.S. military advisors to assist the corrupt South Vietnamese regime against Communist North Vietnam. 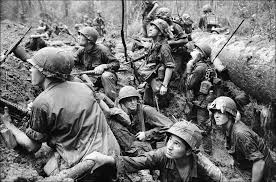 The U.S. Vietnam War technically ended in 1971 when the U.S. and North Vietnamese signed the Paris Peace Accords. That would make the U.S. Vietnam War only 9-years-long. Even if one claims the Fall of Saigon in 1975 as the “real” end of America’s “involvement”, the Vietnam War lasted 13 years.

Both Afghanistan & Vietnam were long, hard-fought American wars. But were they the longest? Thirteen years of bloody conflict is a “very long war”. However, since it’s founding with the ratifications of the U.S. Constitution and Bill of Rights in 1789, the United States was at war with Native Americans (aka American Indians) for almost 100 years.

True, the U.S. was not at constant war with all American Indian tribes for that entire time. But many of the “Indian Wars” were quite protracted. For example, the Sioux Wars lasted from 1865 to 1877; 12 years.

I think a strong case can be made for the claim that America’s longest war was what we now term the “Apache Wars”. It started with Cochise in 1861 and did not end until 1886. After 25 years of hostilities, almost the entire U.S. Army west of the Mississippi was essentially hunting one man … Geronimo; “the worst Indian who ever lived”. 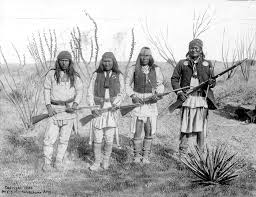 We have many historical photographs and features about the Apaches and the Apache Wars that you may find useful in understanding the complex and compelling history of Tucson and Southern Arizona.

Today, you can visit many of the historic sites of the Apache Wars within a 2-hour drive from Tucson, such as the Chiricahua Mountains and Fort Bowie.