Ms. Karen and I left our home in Tucson and headed north to Biosphere 2, a 3-acre laboratory of glass domes near Oracle that houses five different ecosystems and was designed as a prototype of a space colony in the early 90’s. Today, it is a tourist attraction and a research center, primarily to study the effects of climate change. 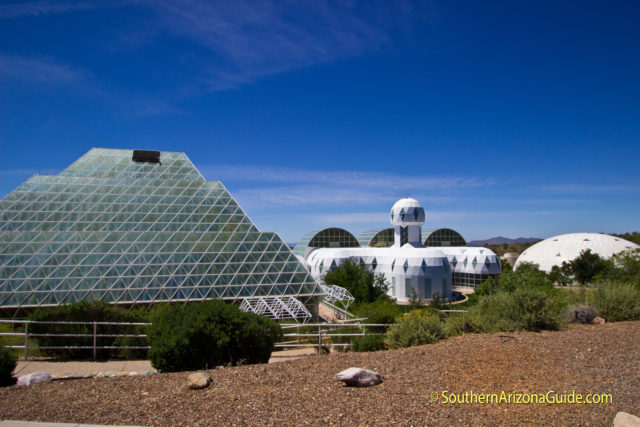 The tour takes about an hour and a half including the 10 minute introductory film and takes you through a jungle, a fog desert similar to the one along the Gulf of California, a savanna grassland, mangrove wetlands and a million gallon ocean with a coral reef.

In 1991, four men and four women were sealed inside this futuristic glass compound. They were known as Biospherians and spent two years in the self-sustaining habitat, totally cutoff from the outside world. Their purpose was to demonstrate how people might live in self-sufficient communities on the moon or Mars. The experiment failed when the Biosphere began to run low on oxygen and the team members had lost substantial amounts of weight due to insufficient food they were able to produce on their own. 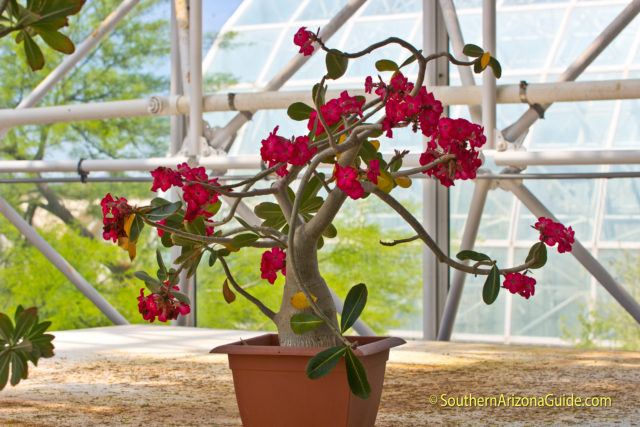 Adenium, one of a variety of species grown to produce oxygen.

Another attempt was made a few years later, but it again failed when two team members sabotaged the experiment. 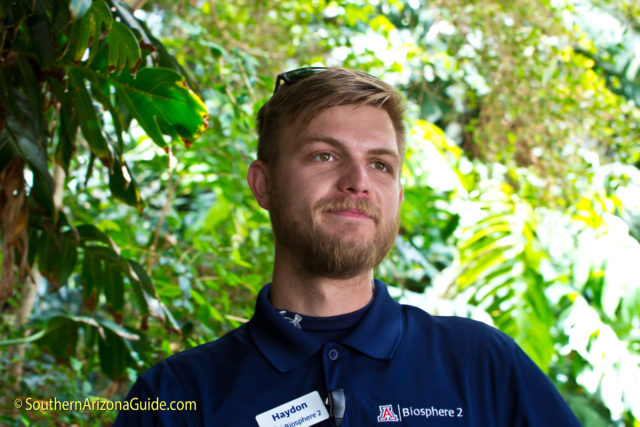 Our tour began in the living area, a kitchen and dining room, and the farm where they grew their crops, then progresses though an airlock to the wilderness areas. The rain forest contains more than 150 species of plants, all of which are being studied for the effects of climate change. 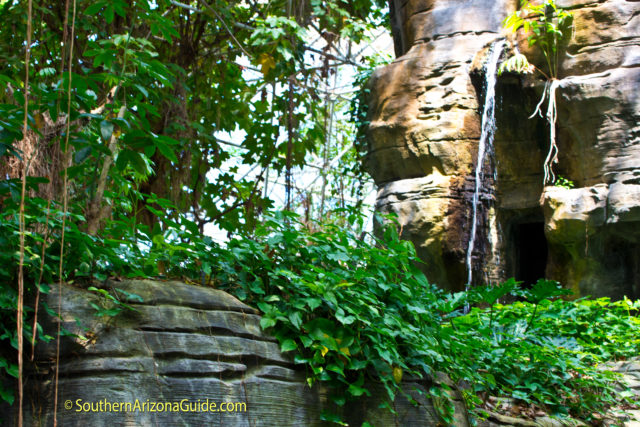 The coral in the ocean has not fared well. A build up of C02 by the previous owners caused the water to become acidic and killed most of it. But experiments are underway to develop hybrid coral; resistant to the changes in the water, essentially warm water coral. 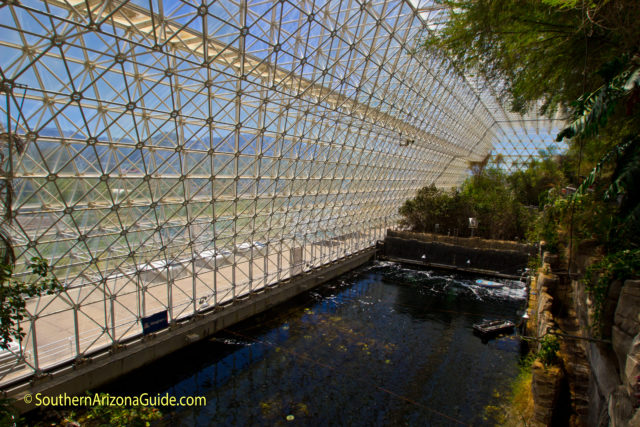 Our special access tour ended with the Biosphere’s lungs, two large geodesic domes that originally prevented the glass enclosure from imploding or exploding due to changes in the inside air pressure caused by the outside temperature extremes.

We continued down the elevator to a room below the ocean where there is a museum exhibit, dedicated to John Steinbeck and his 6 week study of the Gulf of California’s Sea of Cortez, documented in his book of the same name. You can purchase the book in the museum store. Interestingly, but not surprisingly, due to our proximity, the Sea of Cortez is also a focus of the aquarium at the Arizona Sonora Desert Museum. 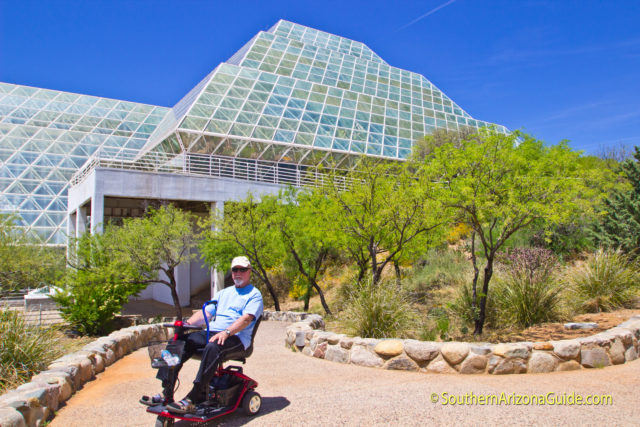 Jim on his scooter, Zippy, at Biosphere 2

Next, it was time to eat. Biosphere 2 has a small cafeteria of cafeteria food, close to the entrance if you are hungry. The closest towns where you can get real food are Oracle to the North and Catalina to the south. We have had a decent lunch or two at the Steakhouse in Oracle.

Biosphere 2 is a work in progress. It is first, a research facility of the University of Arizona, and second a historical, educational tourist attraction. This glass-enclosed mini-world is open seven days a week except Thanksgiving and Christmas. The large parking area is free. It is located 36 miles north of Tucson on Highway 77 (Oracle Road). Tours depart every 30 to 45 minutes. There are several different tours available, focusing on different aspects, history and science and architecture. I am handicapped and ride an electric scooter, so I called ahead to reserve a special tour which only takes me where Zippy can travel, which worked out great.